This promising tech may make the leap from bike lights to car motors. 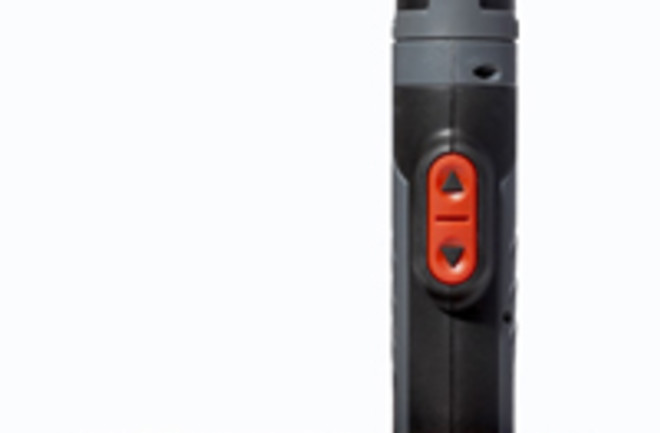 Coleman Flashcell Screwdriver ($80) This ultracapacitor-powered cordless screwdriver can be recharged in just 90 seconds, and its “battery” will last a lifetime. | NULL

Capacitors have the handy ability to store and release electrical energy very quickly—much more quickly than the batteries and fuel cells already being used in electric and hybrid-electric cars. Unfortunately, typical capacitors have been able to store only tiny amounts of charge, making them useless for driving the power-hungry engines these cars use. Not so ultracapacitors. While they still can’t store as much total energy as a fuel cell or a battery, ultracapacitors—also known as electrochemical capacitors—can supply the burst of energy needed to accelerate up a hill or around another car on the highway. They can also soak up energy that would otherwise be lost during braking, storing it for later use.

The focus of intense research by automobile makers in recent years, ultracapacitors are finally being tested on the road. AFS Trinity Power in Bellevue, Washington, recently displayed a modified hybrid SUV that uses ultracapacitors alongside batteries and an internal combustion engine, and major manufacturers such as Honda and Toyota have also been experimenting with the technology.

Reelight Battery-Free Bike Lights SL120 Power Backup Compact ($65) These lights charge as the wheels spin, and a capacitor stores current so the lights stay on when you stop. <a href="http://www.reelight.com/" target="_blank">www.reelight.com</a> | NULL

How it WorksA capacitor is a device that stores electric charge. Whereas a battery or a fuel cell creates electricity using chemical reactions, the most basic type of capacitor employs two narrowly separated conductive plates. After a power source charges the capacitor via electrodes connected to these plates (1 and 2), one plate has an excess of positive electric charges and the other an excess of negative charges (red and blue dots, respectively); the charge difference stores energy within the capacitor. Since charges build up only on the plate surfaces, capacitors can’t store as much energy per pound as a battery, which stores energy throughout its entire bulk. An ultracapacitor gets around this by using techniques that increase the effective surface area (similar to how our lungs tuck a tennis court’s worth of surface area inside us) and decrease the effective separation between charged surfaces, allowing it to store much more energy than a basic capacitor.