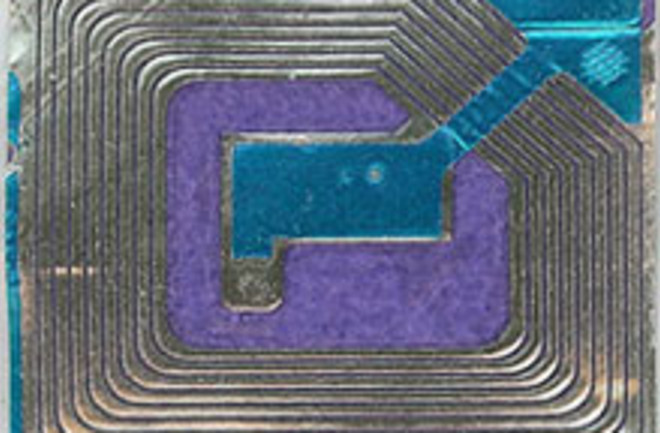 Little electronic chips called radio frequency identification devices (RFIDs) have been popping up everywhere in hospitals, and for the most part that's a very good thing. The small devices are attached to all sorts of objects to help hospital staff keep track of their equipment--the chips are even implanted in surgical sponges so doctors can make sure they haven't left any inside their patients. But a new study suggests that RFIDs may not be entirely safe in a hospital setting, and that the wafer-thin chips could interfere with critical hospital equipment like pacemakers and mechanical ventilators. When a team of Dutch researchers tested the chips' effects on various medical devices, they found potentially dangerous interference in more than 15 percent of cases.

None of the tests involved patients—just equipment—and no real-life cases have yet been reported of RFID transponders causing a device to malfunction, according to the Dutch research [IEEE Spectrum]. But the study's

results, published in the Journal of the American Medical Association[subscription required], are serious enough to warrant further study. In one case a mechanical ventilator stopped, and in another an external pacemaker malfunctioned. In most of the troubling incidents the distance between the RFID and the piece of equipment was about a foot.

RFID and related technologies are invaluable to emergency departments for tracking patient location, treatments and tests, says Brian Keaton, chairman of the board of the American College of Emergency Physicians and an attending physician in the department of emergency medicine at Summa Health System in Akron, Ohio. But Keaton agrees ... that more research is necessary. "We don't want to throw the baby out with the bath water. We just want to control the temperature of the bath water and protect the baby," he says [USA Today].