Twisting Radio Waves Could Give Us 100x More Wireless Bandwidth 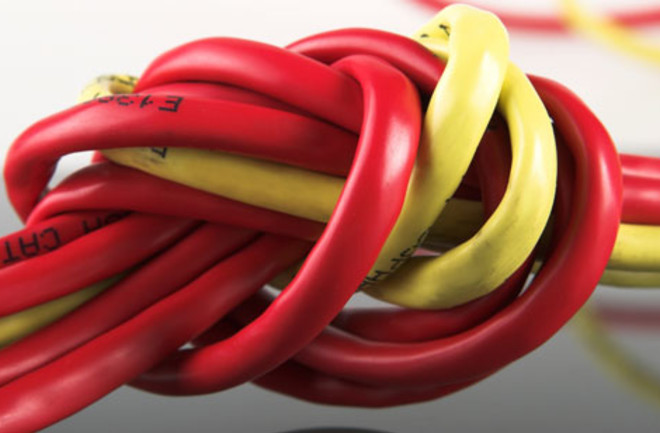 As more people stream video to their mobile devices, wireless bandwidth is becoming an increasingly precious commodity. Data traffic increased 8,000 percent in the past four years on AT&T’s network alone. In trying to avoid what the Federal Communications Commission calls a “looming spectrum crisis,” telecommunications companies are lobbying the government to assign them more spectrum space in the 300- to 3,000-megahertz range, the sweet spot for wireless communication. But Italian astrophysicist Fabrizio Tamburini says a solution may lie in making better use of the frequencies already in use. In a recent paper, he demonstrated a potential way to squeeze 100 times more bandwidth out of existing frequencies.

The idea is to twist radio waves like corkscrews and create multiple subfrequencies, distinguished by their degree of twistedness. Each subchannel carries discrete data sets. “You can tune the wave with a given frequency as you normally do, but there is also a fingerprint left by the twist,” Tamburini says. He and Swedish colleague Bo Thidé hit upon the approach while studying waves warped by the immense gravity of black holes. This past June, the scientists set up a custom dish in Venice and successfully broadcast video encoded in both twisted and normal radio waves across St. Mark’s Basin. (Note that this type of wave-twisting is fundamentally different from the better-known circular polarization of light.)

The next step is to design small, cheap smartphone antennas that can transmit and receive the warped signals. If the industry’s appetite for bandwidth is any indication, it may not be long before twisted-radio technology shows up in your new gadgets.