Tiny Turbine Inside Arteries Could Power Pacemakers---and Cause Blood Clots

Tiny turbines that fit inside human arteries could produce enough energy to power pacemakers and other implantable devices, according to preliminary tests by Swiss researchers presented at a conference earlier this month. The turbine would essentially serve as a tiny generator, gathering power from blood rushing by after it's been pumped by the heart. This power source could be a boon for medical devices that currently require batteries or cables for power. Unfortunately, the turbulence these turbines create would likely cause blood clots, which could lead to heart attack or stroke---an extremely dangerous side effect that makes having to replace a battery not seem so bad. How the Heck: 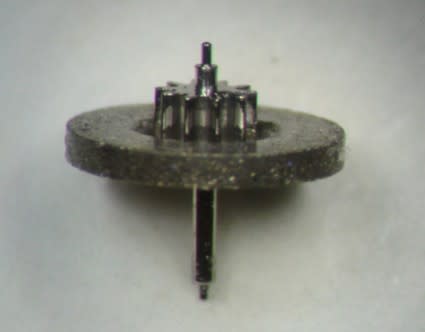 Reference: "Human Energy Harvesting by Intravascular Turbine Generators" (pdf of conference program). Presented at the 6th International Conference on Microtechnologies in Medicine and Biology, May 4, 2011.