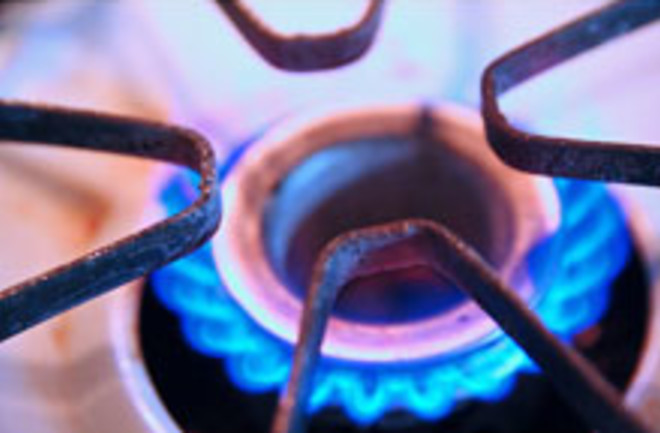 How to make natural gas? Flush the toilet, and wait three weeks. At least that's the plan for homes involved in the Didcot Renewable Gas Project, which will be recycling residents' waste into renewable natural gas, aka "biogas".

Gearóid Lane, managing director of communities and new energy at British Gas, said: "This renewable gas project is a real milestone in Britain's energy history, and will help customers and the environment alike. Renewable gas has the potential to make a significant contribution to meeting the UK's energy needs. Gas from sewage is just one part of a bigger project, which will see us using brewery and food waste and farm slurry to generate gas to heat homes." [The Guardian]

The renewable gas won't smell bad or function any differently than the gas already being provided to customers' homes. This isn't the first biogas plant in the U.K. or the world, but it is the first facility whose biogas is made directly from human waste and transferred back to those humans' homes. Most of the other plants run off of agricultural and food waste. The plant is just a test project, able to provide gas to about 200 homes. But the British government is hopeful that more such projects will help the country reach its goal of 15 percent renewable energy by 2020. Said Martin Baggs, chief executive of the utility company Thames Water:

"Every sewage works in Britain is a potential source of local renewable gas waiting to be put to use." [BBC News]

According to the figures from the gas utility Centrica, which is spearheading the initiative, there is indeed great potential: The average person produces about 30 kilograms (66 pounds) a year of waste suitable for producing biomethane. This means Britain’s 62.5 million people could generate enough renewable gas to meet the annual demand of about 200,000 homes, Centrica said. [Bloomberg

, which uses brewing waste to produce methane gas that powers the brewery and its trucks. (It's just the latest salvo from the eco-friendly brewer, which claims to have produced the first carbon-neutral beer in 2008.)

"In our view, the price of fossil fuels is only going one way -- up," said [Adnams' CEO Andy] Wood. "At the same time, the cost of landfill is also going up--and that is where most of this food waste currently goes and from where it releases methane to the atmosphere. Our move is killing several birds with one stone." [New York Times]

Discoblog: The Secret to Renewable Energy May Be Rotting in Your Trash Can

Discoblog: This Poop Mobile Could Get All Its Energy From 70 Homes’ Worth of Methane