With the release of genre-blurring games and much-hyped new devices, 2013 was a good year to be a gamer. 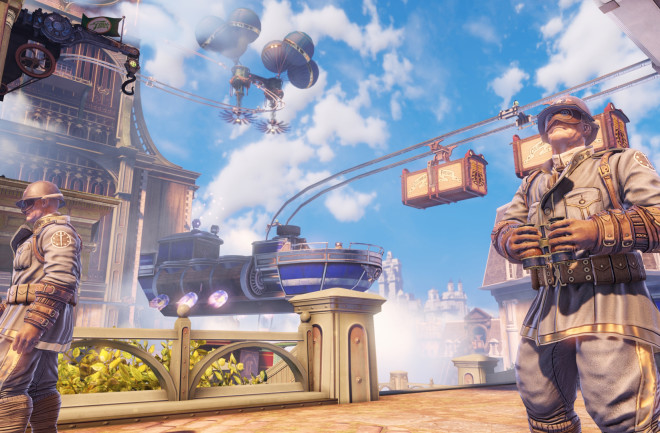 Genre-blurring titles and groundbreaking hardware dominated the video game scene in 2013. At press time, we were still waiting to get our hands on the much-hyped new consoles, Xbox One and PlayStation 4. But there are plenty of other reasons it’s good to be a gamer right now.

Most sequels never surpass the original. Then there’s Bioshock Infinite. Vibrant scenery, swashbuckling combat and a mind-bending, quantumlicious story all improve on 2007’s Bioshock, itself a masterpiece. Protagonist Booker DeWitt roams a floating city with supernatural abilities and improvised weapons, looking for the girl who can solve all his problems. Oh, and it all happens in 1912. Deciphering the byzantine plot only adds to the experience.

Resembling night vision goggles, the OR allows gamers to immerse themselves in virtual environments. It can be used with a variety of games, mostly first-person shooters (naturally). With a slew of endorsements from prominent game developers, expect the number of compatible titles to grow. The OR may be as close as we’ll get to Star Trek’sHolodeck — for now, at least.

The Last of Us

Believe (most of) the hype: TLOU is incredible. This infectious third-person adventure is notable for its rich character development. Pair that with hyper-real graphics and a grounding in science (the game’s apocalyptic fungal plague is Cordyceps, a real-world pathogen), and you’ve got an experience as terrifying as it is terrific.

With its Kinect add-on for the Xbox 360, Microsoft one-upped Sony’s and Nintendo’s motion-sensitive, wireless handheld controllers by allowing players to control games with just their bodies. The Xbox One comes with an updated Kinect, which boasts a more sensitive camera: The device can track up to six people, see in the dark and even detect a player’s heart rate — a little creepy, sure, but also technically impressive.

Playing Soviet-style border patrol agent and checking documents turns out to be fun — even addictive. But when the tasks get more complicated and the consequences more depressing (detain an honest citizen, or let your family starve?), your decisions may reveal more than you want to know. It’s a rare game that makes bureaucratic paperwork both exciting and a portal into your psyche.