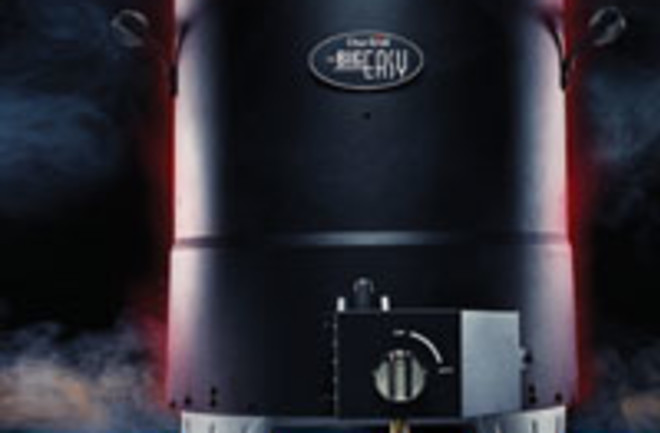 Frying High With InfraredWhat’s better than an oven-roasted turkey with gravy on Thanksgiving Day? Cooking it in half the time, for starters. Char-Broil’s Big Easy Oil-less Turkey Fryer gets a 14-pound bird ready to eat in about 2 hours (8–10 minutes per pound) using infrared rays. A propane burner heats a stainless steel chamber, which radiates the thermal energy at infrared wavelengths, shooting the interior temperature as high as 500 degrees Fahrenheit to heat the bird evenly. The result is a crisp, brown skin that seals in juices and flavor. Stuffing is not recommended, but you can inject marinades and slather on the rubs, and a removable tray captures all the drippings. Although not quite as fast as deep-frying, it’s less dangerous and a whole lot less messy. $160.

CDN WT1 Wireless Probe Thermometer/Timer Don’t let a roasting turkey keep you from watching the football game. This thermometer/timer ($45) gives you a 100-foot wireless extension from the oven so you are free to do other things. A pre-alert beeps when the bird’s internal temperature is 10 degrees below the target, and an overcook alert sounds if it is exceeded. The wireless display also shows current and programmed temperatures.

Miele 30-inch Independence Series RefrigeratorYour leftovers are safe here. When a bulb has blown or the compressor is about to go, this fridge sends a message to the maker via Wi-Fi. The Miele service center answers with an automated e-mail to alert you. Better yet, when the repairman arrives, he will have the right part on the truck. And the Independence refrigerator ($5,995) uses one-third less energy than the current federal standard.