The Next Pregnancy Must-Have: A Three-Dimensional Model of Your Fetus 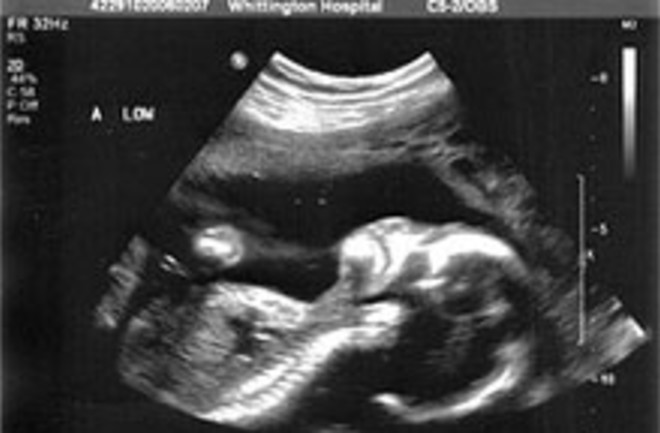 Some expectant parents are so excited to see their new baby, they just can't bear to wait nine months. Soon they may not have to, thanks to designer Jorge Lopes of London's Royal College of Art, who has started making life-size models of unborn babies based on MRI and ultrasound images. ABC News tells us:

"I think we're at the beginning of a new science, really," said Stuart Campbell, who heads the obstetrics and gynecology department at King's College London. "It's the sort of technique that in the future could be done in a matter of hours. So that the couple could have a model in their hands in a few hours." Lopes can create models at various points throughout a pregnancy and has also done models of twins. "It's amazing to see [a parent's] face when they can hold the models, when they can understand very well the size, the scale," he said, holding up one of the models. "Something like this is only 12 weeks. It's very nice to hold this, 'Oh, this is your son.'"

Some say the models could help parents bond with baby before he or she is born. Still, the thought of holding a sculpted unborn baby is more than a little creepy. Related Content: Discoblog: Girl or Boy? At-Home Test Reveals Baby’s Gender During Pregnancy Discoblog: Two Twins, Two Dads: DNA Test Proves “Twins” Born to Different Fathers Discoblog: The Science of Virgin Birth Image: flickr / salimfadhley