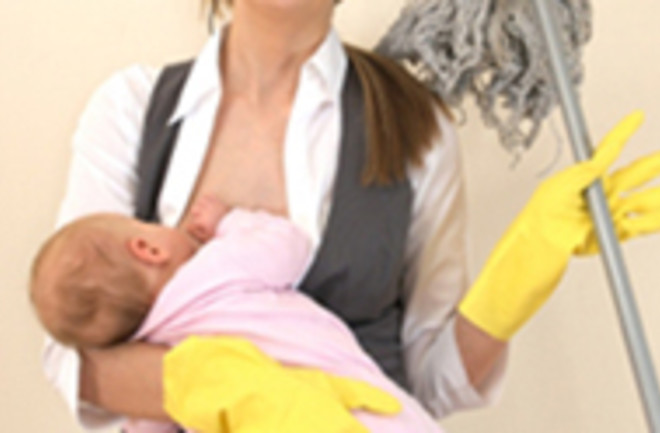 Over at Wired, Nature Network blogger and Harvard Ph.D. Anna Kushnir has questioned the disparity between the number of women in science graduate programs (more specifically, the number of women in her graduate program) and the women in senior teaching and research positions. Women equal or outnumber men in the former, she observes, and are dwarfed in the latter. As such, she says, somewhere along the line (usually around the time of childbirth) female scientists are dwindling, and she concludes that forces such as motherhood, societal discouragement from an academic career, or lack of self-confidence are "applying this pressure to force women out of a career in science." Kushnir's point is neither incorrect nor new, for scientists or the rest of the working world. Universities have been openly addressing the gender disparity in their faculties since MIT's decisive study on gender was released in the late '90s, followed by a quorum of universities agreeing to start gender equity reviews for female science faculty. Fixing the problem of unequal professional advancement is complicated by the fact that women themselves are divided over whether they should stay in the workforce once they become mothers. Employers are left with the tricky position of neither discouraging women from staying nor penalizing them if they leave to raise children. Online discussions of the gender parity issue are typically met with a mixture of defensiveness, aggression, and scorn. But rather than simply toss the issue out for the rabid hounds to pounce—and pounce they do, as the comments she received shows—Kushnir also offers a few practical suggestions:

Let women make their own decisions whether to stay or to go. Remove as many obstacles and pressures as possible and let the choice be theirs.... Institute reasonable day care at universities. Allow for extended maternity leave and the option of paternity leave.

Still, while these changes might help female professors accommodate child-rearing in the short term, they do little to address the larger problem that women in academia have reported: Those who reach higher levels are consistently seeing their work and ideas downplayed or ignored. With so many women "dropping out" of the game, it simply perpetuates the "fewer women in higher positions, so less support for the younger ranks" cycle. Of course, it could also be that the salaries are so abysmal.