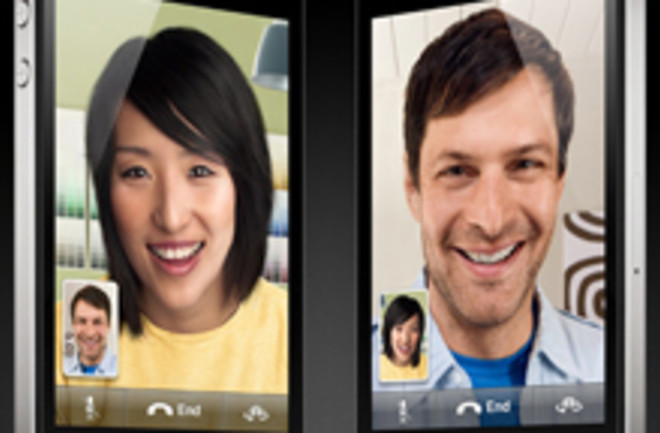 "Stop me if you've already seen this." So joked Steve Jobs today at the official rollout of the iPhone 4, which will be available June 24 in the United States. Back in his native habitat of a product reveal, the be-turtlenecked one made light of the multiple iPhone 4 leaks (including the famous incident of the lost phone prototype) as he demonstrated the phone's new features.

The iPhone 4 is sleeker and more advanced than the original iPhone that came out in 2007. Like the iPhone 3GS, it comes in black or white, though it has a more angular look. Its front and back are covered with glass, and it is rimmed with stainless steel that acts as part of the phone's antenna. It is about three-eighths of an inch thick; the iPhone 3GS is nearly half an inch. It can shoot high-definition video, catching up to some other smart phones. It has a gyroscope in addition to other sensors, to enable more advanced motion-sensing applications, such as games and mapping services [AP].

The new 3.5-inch “Retina” IPS LCD display sports 326 pixels per inch, and is 960 by 640 pixels. 960×640 will be a meaningless number to most people, but the resolution nerds among us will recognize three things about it right off the bat... The PPI is higher than any display out there that I know of, and Steve says it even passes a threshold after which the eye cannot perceive a higher resolution. I’m inclined to believe him, as some who have seen it said they could barely even make out individual pixels. The contrast ratio is higher, too, at 800:1 [TechCrunch].

The 4 also comes with fancy new video calling, allowing you and whichever friends rush out to buy this thing to chat face to face.

Apple calls it FaceTime, and it works iPhone 4 to iPhone 4 over Wi-Fi—at least for 2010. Apple claims that in the future it will be available over 3G. The iPhone 4 can use both cameras for video calling, so you can broadcast what is in front of you to another iPhone 4 [Gizmodo].

Discoblog: So, a Guy Walks Into a Bar… and Discovers Apple’s Latest iPhone

(our growing compendium of the oddest apps out there) Image: Apple