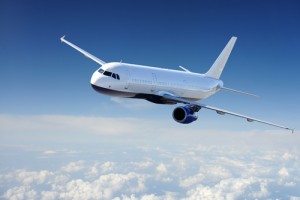 (pdf), accidents where pilots unintentionally collide with an obstacle. A pilot unable to see through fog, for example, could fly straight into a mountain, crashing an otherwise perfectly functional plane. Such accidents killed over 9000 people---until aviation engineer Don Bateman's crash-avoidance technology changed all that. Bateman invented the original Ground Proximity Warning System

(GPWS) in the 1970s. Using information from the altimeter. airspeed indicator, and other devices already standard in planes, the original GPWS warned pilots with increasing urgency---first "Caution---Terrain," then "Pull up! Pull up!"---if the plane was due to crash. Bateman, now 79 years old, still works at Honeywell and he's still perfecting the GPWS. The modern warning system integrates GPS locations of potential obstacles. In a profile of Bateman for the Seattle Times

, Bob Voss, chief executive of the Flight Safety Foundation, says, "It's accepted within the industry that Don Bateman has probably saved more lives than any single person in the history of aviation." Bateman traces his interest in improving flight safety to a horrific plane crash he witnessed as a 8-year-old boy growing up in Canada. He snuck out of school with a friend to the scene of the crash:

Two military training planes — a Lockheed Hudson and an Avro Anson — had collided in midair with 10 crewmen on board. "I had never seen blood before from a human being," Bateman recalled. "It was horrible. It was pretty gory." The next day, his teacher reprimanded the two boys and ordered them to write a detailed account of what they had witnessed. When he handed in his piece, she told him: "You sure can't spell. You're going to be an engineer."

Good thing he is. Read more of the profile at the Seattle Times