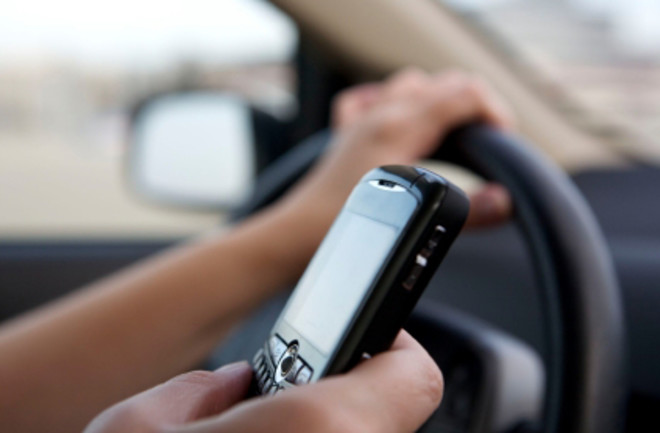 States enact laws against texting while driving, hoping to reduce accidents. In the time after those laws go into effect, the number of accidents in those states doesn't decline. So are the laws a bad idea? The question arises from a report out this week by the Highway Loss Data Institute (HLDI), a division of the Insurance Institute for Highway Safety (IIHS). The study looked at accident rates in Minnesota, California, Washington, and Louisiana before and after those states enacted their texting-while-driving bans. The authors found no reduction in the number of crashes, and actually saw increases in three states. (They also compared those states to others in their regions without bans to ensure that the numbers they'd found weren't part of a larger trend.) So what gives? For the IIHS, this is proof that texting laws aren't doing any good, and might even be doing harm.

It might be that texting laws are making matters worse, causing people to look down into their laps to read messages rather than bringing their devices to eye level where they’re more easily spotted by law enforcement. Given this, enforcement is tricky, too, given that the best hint that someone is texting is that they’re looking at their lap. [Wall Street Journal]

That assertion got Ray LaHood

, the Secretary of Transportation, hopping mad. He disputes the IIHS findings by saying that the government has found the opposite.

In April of this year, DOT launched pilot enforcement campaigns in Hartford, Conn., and Syracuse, N.Y., to test whether increased law enforcement efforts combined with public service announcements could get distracted drivers to put down their cell phones behind the wheel. The campaign, called “Phone in One Hand, Ticket in the Other,” found that police enforcement can drastically reduce distracted driving behavior.

The problem is that we're talking about apples and oranges. The Department of Transportation's experiment is a small case study of how effective texting laws could be when combined with advertising and enforcement. That IIHS study, on the other hand, is a broad look across the country trying to figure out how things truly panned out when laws went into effect. So the two are not mutually exclusive. It's not hard to imagine a small pilot program, in which officers make finding distracted drivers one of their top priorities, achieving those reductions in texting while driving. Neither is it hard to imagine that across the country, where officers have many other simultaneous priorities and deal with the enforcement problems noted above, the effect would be mixed or negligible.

Lon Anderson, mid-Atlantic spokesman for AAA, said the institute findings indicated the failure of state legislatures to provide law enforcement with effective laws. "We have, unfortunately, set the police up for failure," he said. "Would good laws strictly enforced do the job? In our opinion, yes." [Washington Post]

Both insurers and government transportation gurus want to see fewer accidents, but this scuffle is a telling divergence of opinions about how to get those crash numbers down. Secretary LaHood has made anti-texting laws one of his top priorities: He strongly believes that drivers need to get their eyes off the phone and on the road, and thinks highway patrol officers should have the authority to ticket people who don't get the message. But for spokespeople of the IIHS, phones are just a symptom, not the disease.

IIHS President Adrian Lund says state lawmakers are "focusing on a single manifestation of distracted driving and banning it. This ignores the endless sources of distraction and relies on banning one source or another to solve the whole problem." [NPR]

“We’d like to see more focus by the government on things that work,” he said, such as technologies like lane departure and blind spot warning systems, and autonomous braking, rather than “continuing to pass laws that don’t make a difference.” [MSNBC]

industry, then, it's not about the phone. We're the problem: we distracted humans and our pets loose in the car, our eating behind the wheel, our family spats that happen when we should be paying attention to the road. Since humans aren't robots and you can't legislate against "distraction," IIHS would like for cars to either do more of the driving for us or include more automatic reminders to pay attention to what we're doing. Related Content: 80beats: Multitaskers Are Bad at Multitasking, Study Shows

Discoblog: Texting and Walking Made Easy With iPhone App