Here at Discover Media LLC, we are dedicated to bringing you news of the cutting-edge technology that will change your life. So we dispatched our Cosmic Variance automotive editor (me) to test-drive the car of the future: the all-electric Tesla Roadster. (No real secret actually; I have a friend who owns the car.) Thus, yesterday's picture. Fancy titles notwithstanding, I'm by no means a true car nut, so I can't offer the insider perspective of a real expert. My take is that of an ordinary person who just had a chance to drive an exotic car through the hills north of San Francisco. After considering the experience carefully, my considered judgment could be expressed as follows: pretty frikkin' awesome. 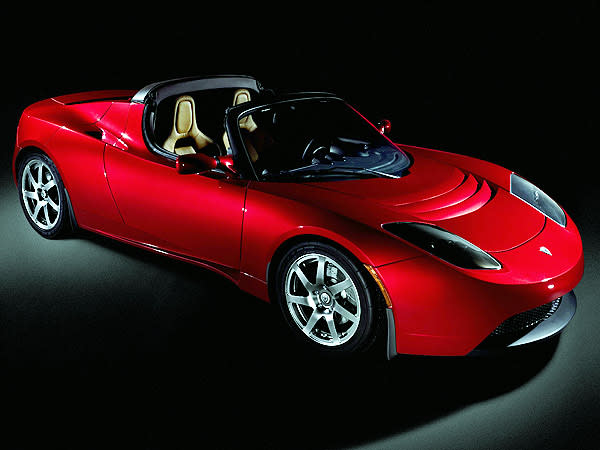 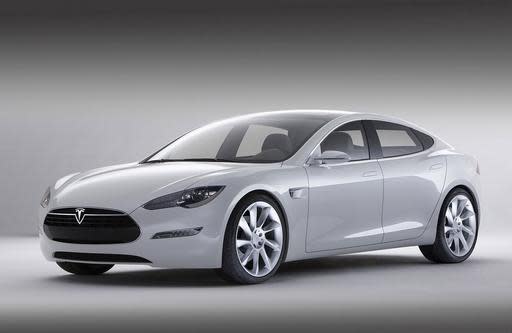 Still, it would be nice to have a car more people could afford, and which could hold a couple of friends and/or offspring as well as the driver and a single lucky passenger. Behold: the Tesla Model S. Scheduled for first delivery in late 2011, this will be a true four-dour sedan, with a range of up to 300 miles. Still not cheap; estimated cost is around $60,000. But that's completely competitive with executive-class sedans from Mercedes, BMW, or Audi. The Model S won't put an electric car in everyone's garage, but it will help "normalize" the idea of owning one -- you'll start seeing them on the streets in increasing numbers. And after that, there are hopes to offer another model for less than $30,000. Still not cheap, but getting there. The future belongs to electricity. The good news is, it's a pretty sexy future.