In June, Elon Musk released all the company's electric-car patents. 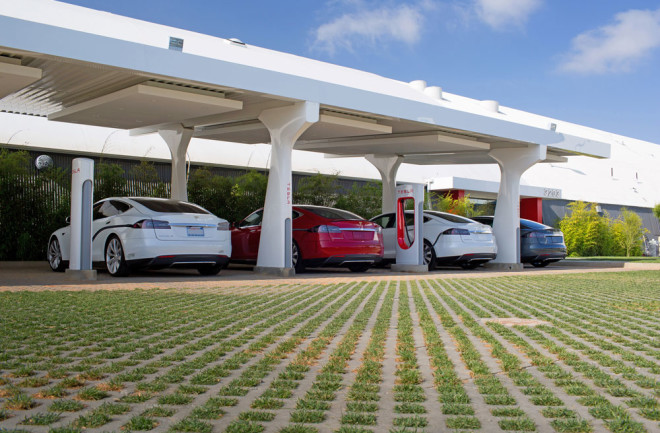 Tesla electric cars “fill up” at a fast-charging station in Hawthorne, Calif. | Tesla

Patents are the prizes of modern innovators, talismans of technological prowess, potential tickets to profits and power. So it came as a shock in June when Tesla Motors CEO Elon Musk released all the company’s electric-car patents. Musk said he shared his patents for parts and processes merely to jump-start the slow-selling electric vehicle market, but some analysts and tech commentators weren’t buying it. They saw Musk’s move as a play to make Tesla’s technologies — especially its charging stations — an industry standard. Many advocates hoped the release would mark the beginning of an end to brutal, litigious patent wars that stultify innovation.