Company hopes its lithium-ion battery can reduce our dependence on fossil fuels. 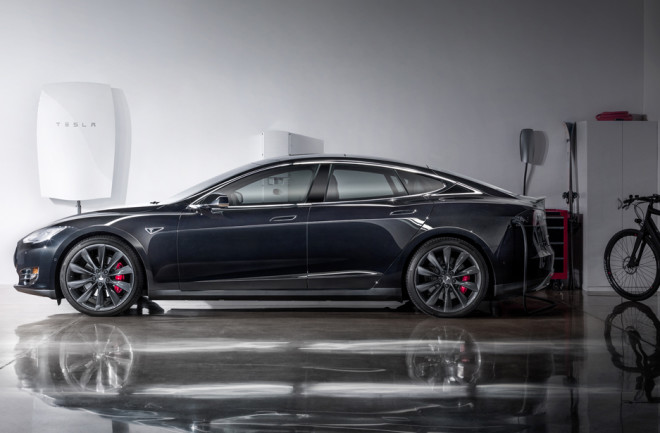 Tesla’s silent electric cars have made a lot of noise in the auto industry by combining cutting-edge green technology with fashionable good looks. Now Elon Musk, the serial entrepreneur and CEO of Tesla, aims to shake things up again, this time targeting renewable energy storage for homes and businesses.

The Tesla Powerwall is a wall-mounted lithium-ion battery that measures about 4 feet tall by 3 feet wide and resembles a sleek circuit breaker box. It comes in two storage capacities — 7 or 10 kilowatt-hours — that provide enough electricity to run a typical household for a few hours. Starting at $3,000, the Powerwall is meant to capture energy from renewable but intermittent sources, like solar, stockpiling it for later use. By transforming solar energy from a sporadic source to a dependable one, Musk hopes his batteries can help wean us off fossil fuels.

The Powerwall battery is charged with electricity generated by solar panels or from the utility grid. An inverter converts direct current (DC) electricity into the alternating current (AC) used by the lights, appliances and devices in a home. | Tesla Motors

The Powerwall does have its detractors, with one commentary piece in Forbes calling it “just another toy for rich green people.” And when considering cost alone, an analysis showed the Powerwall isn’t competitive with a gas generator.

But Tesla, which announced the new battery in April, has already received pre-orders worth over $800 million for the Powerwall and Powerpack, the 100-kwh version capable of stacking together to power utility-scale installations.

Before electric cars started gaining traction five years ago, lithium-ion batteries were good primarily for powering laptops and cell phones for a few hours. By plugging them into cars and squeezing nearly 300 miles out of a single charge, Tesla helped drive battery technology, and a reluctant auto industry, forward. Now Musk is betting on a solar energy future in which we can keep our lights on long after our rooftops have gone dark.