Tablets, Smartphones, 3D, Oh My! The Gadget Buzz From CES 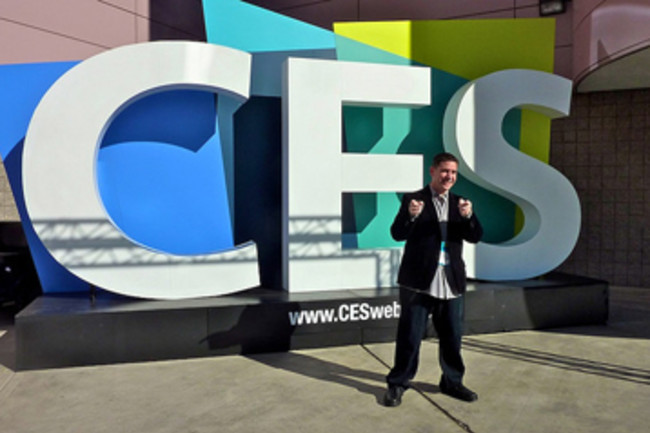 I know the holidays are over and the long, dark winter months—which bring little to look forward to besides furry meteorologists and the pressure-packed atrociousness of Valentine's Day—lie ahead. But take heart, America: Shiny new toys are coming. January means it's time for the International Consumer Electronics Show (CES), which begins Thursday in Las Vegas. And gadget lust is already at peak volume, with product prognosticators predicting what will be unveiled in 2011. Tablets. We mean it this time. 2010, certainly, was the year of the iPad—Apple has sold millions of the sleek devices since their April launch. 2011, gadget pros are predicting, will be the year everybody tries to catch up to Apple and the tablet computer market explodes.

While [Apple] is poised to introduce a new model in just a few weeks (barring some manufacturing hiccup), the likes of Microsoft, Blackberry's RIM, Hewlett-Packard, and Google are gunning for them. A raft of consumer electronics companies, ranging from HDTV leader Vizio to Japanese heavyweight Toshiba to Palm OS owner HP, will introduce their own tablets. These will be in a variety of sizes and price ranges, in the hopes that the right balance will be struck to unseat Apple in the tablet space. [FoxNews.com]

saying the U.S. tablet market will reach 24 million units this year and 44 million by 2015. But before those other companies join Apple in the market, there's the question of making something that runs as smoothly as the iPad. That's what Microsoft, at least, appears prepared to address at CES.

2010's Slate PCs were destined for oblivion in part because Windows is designed for conventional PCs, not thin touchscreen gizmos that might compete effectively with the iPad. The Wall Street Journal has reported that Ballmer will use his 2011 keynote to show a version of Microsoft's operating system that will run on chips from ARM, the company whose power-efficient processors are in a high percentage of smart phones, tablets and other new-wave computing devices. [TIME]

3D. We Mean It This Time. CES predictors groan with impatience at the slow pace of good 3D TV technology for the home. The 2011 event floor figures to be covered in all sorts of new TVs with different 3D systems, including demo sets that don't require glasses (but are years away from being good enough for the living room). But while 3D TV might stay stuck in neutral, Wired predicts another consumer tech will break into the third dimension with force: camcorders.

Last year, just as Avatar was building box-office momentum, 3-D cameras made few waves at CES, but offerings such as a $21,000 3-D-enabled camcorder from Panasonic were hardly budget friendly. Camera manufacturers are more serious this time around about enabling consumers to produce their own at-home, three-dimensional media. Sure, it won’t be enough for you to act out your favorite Na’vi fanfic pieces, but it’s a critical step — and those Paris vacation photos would look great in 3-D, wouldn’t they? Expect to see plenty of big-name manufacturers expanding on last year’s models and dazzling us with fresh ones, with price points for 3-D-capable point-and-shoot digicams hovering, for the most part, around $500. [Wired]

Networked TV. If 3D is the source of TV pessimism going into CES, then the optimism stems from networking—bringing more of the Web to your TV.

Get ready for a wave of so-called "smart" TV sets, with built-in operating systems and software for streaming content from the internet. Between, Apple TV, Roku, Boxee, TiVo and other so-called "set-top" devices, the idea of being able to access Netflix, YouTube and Hulu on a flat-screen in your living room is gaining traction. Google says its TV software won't have a big presence at CES, but Intel and plenty of competitors will fill those holes. [CNN]

Phones! What of our fancy smartphones? InformationWeek says

phones will be rolled out at CES; CNN predicts

the rise of smartphone apps that allow the device to act as a remote control. And, of course, Apple

geeks everywhere await the long-teased idea of a Verizon iPhone to free them from the monopoly of AT&T. Rumors will circulate around CES, but it seems likely that if this ever happens, it will happen at an Apple private event. The company typically passes on the gizmo fiesta in Vegas because, well, it can. If be-turtlenecked Steve Jobs walks on stage on any given Tuesday, he'll have the world's attention to himself. Related Content: 80beats: 4 Reasons Why Folks Didn’t Like Google Wave