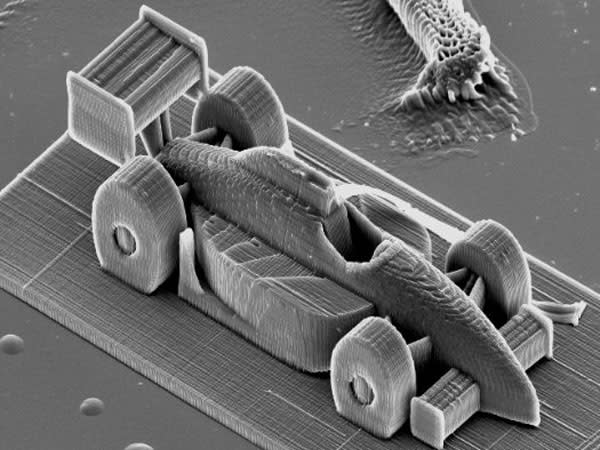 . The printer pumps out thin lines and layers of resin, which harden when hit with a pair of photons from a laser, a kind of 3D printing called two-photon lithography. By adjusting the way the laser is produced and tweaking the formula for the resin, the team managed to make the hardening process much faster, so that what used to take hours can now take seconds. The printer can now shoot out five-meters' worth of resin---in an extremely fine line, of course---per second. Conventional 3D printers of this sort, on the other hand, produce in millimeters per second. You can watch the racecar being made here: http://youtu.be/5y0j191H0kY To strut their printer's stuff, the team also made miniature models of a church in Vienna and a local bridge: 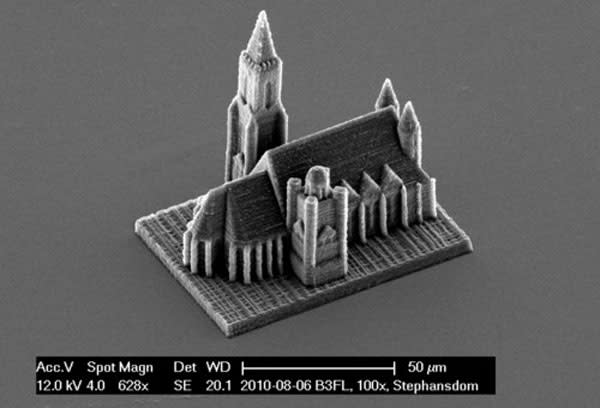 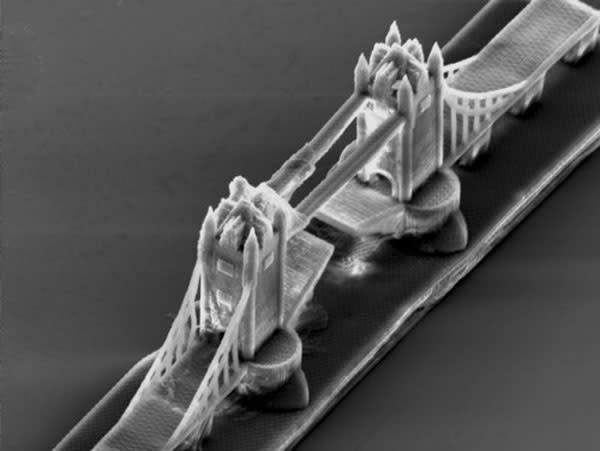 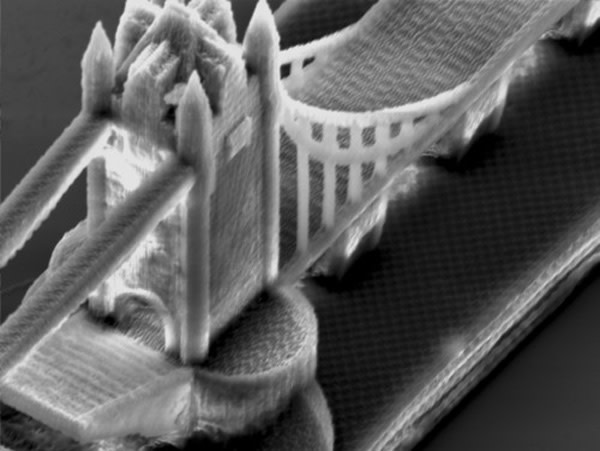