Steve Jobs to Gawker: What Have You Done for the World, Anyway? 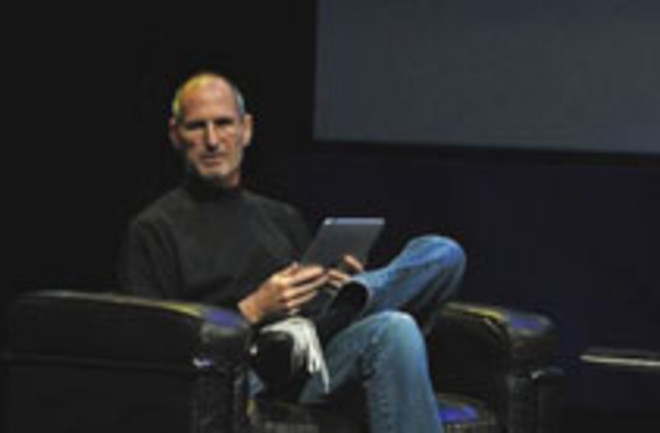 It was Friday evening, Gawker writer Ryan Tate's wife was out of town, and he was whiling away the lonely hours by watching 30 Rock when an iPad commercial popped up that touted the new Apple gadget as nothing less than a revolution. Tate got annoyed, fired off an email, and soon found himself in an email fight with Steve Jobs himself. Apple's CEO is known to personally answer some of the emails that flood into the sjobs@apple.com address, and it seems that Tate's pointed message goaded the exec into action. Tate, who has long taken issue with Apple's tight rules on how apps can be written and what content is permissible, argued that the iPad couldn't be considered revolutionary because "revolutions are about freedom." Several hours later, Jobs fired back with his version of what the iPad offers: "Yep, freedom from programs that steal your private data. Freedom from programs that trash your battery. Freedom from porn. Yep, freedom." And it was on. Tate got pretty heated in some of his messages to Jobs, but in the aftermath he stresses his respect for Jobs and his methods. As Tate writes in his blog post digesting the whole affair:

Rare is the CEO who will spar one-on-one with customers and bloggers like this. Jobs deserves big credit for breaking the mold of the typical American executive, and not just because his company makes such hugely superior products: Jobs not only built and then rebuilt his company around some very strong opinions about digital life, but he's willing to defend them in public. Vigorously. Bluntly. At two in the morning on a weekend.

As for Jobs, he kept a fairly cool tone until the end, when he finally got snappy. After another defense of his company and its motives, he added: "By the way, what have you done that's so great? Do you create anything, or just criticize others [sic] work and belittle their motivations?" Ooh, snap. Really, you should go read the whole exchange

(our growing compendium of the oddest apps out there)