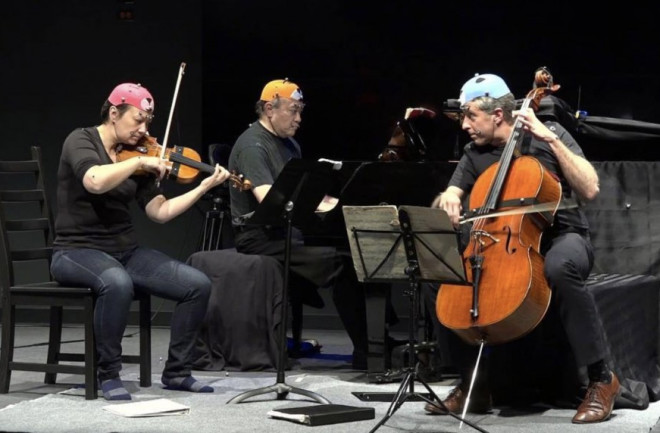 (Credit: LIVELab, McMaster University) Musicians from a Canadian chamber music ensemble called the Gryphon Trio have been helping scientists at McMaster University in Ontario learn how musicians intuitively coordinate with one another. When a band plays, musicians often rely on nonverbal cues to synchronize their movements and play as one. So, to catch this in action, the research team fitted each musician with motion capture devices. That let the team measure and analyze every movement. Interestingly, the scientists discovered that the more expressively the musicians played, the more they were in synch. It didn't have much of an impact whether or not the music was happy or sad. The study was published on Friday in the journal Scientific Reports.