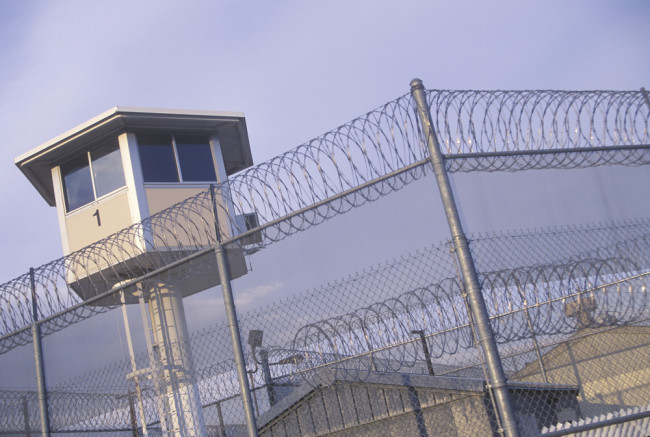 Prison bosses in the United Kingdom — and the rest of the world for that matter — are adding drones to the list of security issues demanding their attention. Earlier this month, guards at HMP Bedford in Bedfordshire, England, breathed a sigh of relief after a DJI Phantom 2 carrying a payload of drugs, weapons and mobile phones crashed into the razor wire surrounding the prison. The identity of the pilot is still unknown, but prison officials are now on the lookout for copycat attempts at other facilities.

It didn’t take long for guards to remove the grounded aircraft after it crashed March 6 into the category B prison, which is just one level below a maximum-security prison in the United Kingdom. The drone was carrying a package stuffed with class A drugs, a knife, screwdriver and cell phones. HMP Bedford isn’t immune to illegal deliveries: On several occasions people have attempted to smuggle items by throwing packages over the wall to be picked up during exercise time. However, as The Telegraph reports, this drone-assisted method is certainly novel. An unidentified prison source told the publication:

"This is the first time I have heard of a drone being used to get banned items into a prison. Whoever was flying it obviously needs a bit more practice as they've crashed it into the top of the wall, but it's put everyone on high alert that this is something that could happen again."

The incident in the United Kingdom is the most recent attempt to sneak into a prison from above. Drones have been used to deliver tobacco, drugs and other valuable prison commodities in the United States, Australia, Brazil and Canada, to name a few. Last year, a drone carrying more than 6 pounds of methamphetamine crashed near U.S.-Mexico border. David McCauley, an industrial officer with Australia’s Public Service Association, said drones are just the latest advancement in the long, crafty history of prison deliveries. “At the end of the day if they can throw tennis balls over the wall with drugs in them, and with staffing levels the way they are, it’s going to be very difficult to stop these drones,” McCauley told the Guardian. Although cargo-carrying drones may be difficult for prison guards to stop, you definitely want to weigh the consequences before getting into this nefarious business. In the United States, attempting to deliver contraband to prisoners is a felony that carries a maximum sentence of 20 years in prison.