Smile, Your Car Is on Google Street View 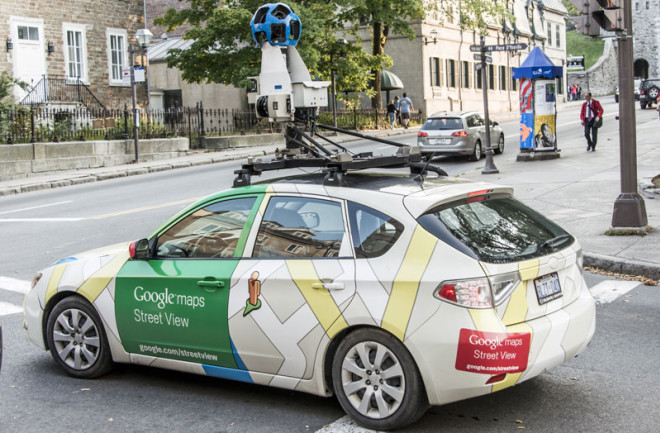 (Credit: Shutterstock) When sedans outnumber pickup trucks, chances are the community votes Democrat. When pickup trucks rule, the community leans Republican. What you drive matters, at least when it comes to revealing the nuts and bolts of American demographics. That’s the assertion by researchers in a paper published in November in the journal the Proceedings of the National Academy of Sciences. For thousands of years, authorities have conducted surveys to determine the demographic of regions and cities. In the United States, the data is gathered by the U.S. Census Bureau and other entities. The paper’s authors hope their method can one day supplement that data to create a clearer picture of U.S. demographics. The information could be used by sociologists, social workers, policymakers and marketers. But there are also privacy issues about the data that need to be explored. You Are Your Automobile For the study, researchers used Google Street View and deep learning-based computer vision techniques. Deep learning involves feeding massive amounts of data into a computer system to create predictive models that draw inferences from all of that information. Google Street View shows images of streets across the United States as part of Google Maps. Along the way it reveals the types of vehicles people drive on neighborhood streets. With the help of deep learning models, scientists say they can determine political affiliation, and potentially a host of other information about Americans. Researchers examined 50 million images of street scenes in 200 cities from Google Street View. In the street scenes, the computer determined the make, model and year of vehicles, which added up to 22 million, or 8 percent of road-worthy rides in the U.S. That’s where pickups and sedans come in. “Vehicles are among the most personalized expressions of American culture,” the authors say. “Over 90 percent of American households own a motor vehicle. And their choice of automobile is influenced by disparate demographic factors, including household needs, personal preferences” and spending ability. Some of the findings:

Privacy Concerns The computer model’s estimates were checked against known demographics and voting habits, with much success. For example, Seattle was correctly determined to be 69 percent white, with African-Americans living mostly in several southern Seattle zip codes. But is the method infringing on privacy rights? The researchers are trying to be sensitive to this. “It is clear that public data should not be used to compromise reasonable expectations of individual citizens,” they say.