Six Things Facebook (Thinks It) Knows About Your Love Life 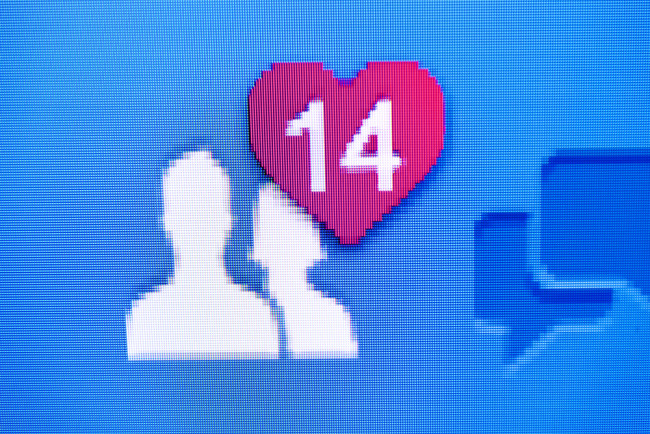 Facebook is watching you, collecting data on your every interaction and feeding it to their data scientists, who are hungry for correlations. But you know that, and you accept it as the price to live in the modern world (you probably even know that Facebook is manipulating you). And Facebook’s data-science team is particularly interested in your romantic life. They’ve been watching you hook up and break up and, according to a recent presentation by Facebook employee Carlos Diuk, they’ve noticed a few things about you. But, keep this in mind: these findings are the result of private and proprietary number-crunching, circumventing the normal procedures that let scientists call their output “science.” More on that in a minute. So without further ado, six things Facebook thinks it knows about your love life: 1. Matchmakers have more friends than the people they’re introducing—73 percent more. (Matchmakers are people who introduce two of their friends, who later become a couple.) And those friends are more disconnected. Matchmakers’ networks include lots of people who aren’t friends with each other. The way I choose to interpret this: matchmakers have to diversify their interactions, so as not to overwhelm any single one with their aggressive extroversion and statements about who would be perrrrfect for whom.2. In the lead-up to a relationship, the online interactions between two people ramp up like the first hill of a Six-Flags coaster. But then, once the deal is sealed, the number of communications drops “precipitously,” just like the roller coaster does. Positive interpretation: The happy couple are spending all their time talking offline. Negative interpretation: No more wooing is necessary; ergo, no more wooing occurs. The “tone” of the communications, though, is more positive, on average, than it was before they became an item. 3. People are somewhat willing to date people of different religions, but when it comes time to put a ring on it, chances are they’ll be settling down with a member of their own creed. “If you’re 23 and married, you’re likely to be of the same religion,” Diuk says. But if you’re 23 and just courting, that’s not the case. After all, nobody wants to snooze through Mass alone. 4. The average age gap between coupled men and women grows with the man’s age. From the male angle, an older dude is more likely to have a young girlfriend than one his age; a young man is likely to date someone close to his own age. This comments on itself, as does this further tidbit: In countries with more gender equality, the average age difference is much smaller. 5. The length of a relationship strongly correlates with the likelihood that relationship will continue. According to a Facebook Data Science blog post about this result, “About half of all Facebook relationships that have survived three months are likely to survive to four years or longer.” And, as Diuk says, “If you’ve been in a relationship for one year, the probability that you’re going to split goes down by 80 percent.” What this finding doesn’t address: At what point do people declare their relationship to the Facebook Timeline? “Three months” of online linking probably means much longer in the carbon world. 6. When you break up with someone, your friends interact with you more. Whether their communication involves sharing a Spotify playlist of breakup ballads or commenting on yet another selfie of you at the club ("looking for hotties"), true friends come through, virtually.

Those are interesting data points. On the other hand, it's worth taking a second to consider where this data comes from. As Sara Watson writes inTheAtlantic:

It may be true that Facebook offers one of the largest samples of social and behavioral data ever compiled, but all of its studies…only describe things that happen on Facebook. The data is structured by Facebook, entered in a status update field created by Facebook, produced by users of Facebook, analyzed by Facebook researchers, with outputs that will affect Facebook’s future News Feed filters, all to build the business of Facebook. As research, it is an over-determined and completely constructed object of study, and its outputs are not generalizable. Ultimately, Facebook has only learned something about Facebook.

Facebook’s research doesn’t have to go through peer review. Facebook isn’t accountable to ethical review boards. The results don’t have to be reproducible or generalizable. They don’t have to lay out their methods, or their data, for scrutiny (and, in fact, they won’t do that, even in anonymized form). All they have to do is make a few Excel plots, publish a blog post, and voila — the Internet “knows” its six-month relationship is going to foreva. Is that science? Nope.

If a sociologist tells you that people in Utah only have friends in Utah, you can follow a web of references and peer review to understand if she’s believable. If I, or somebody at a large tech company, tells you the same, there’s no way to check. The source data is proprietary, and in a lot of cases may not even exist any more in the same exact form as databases turn over, and users delete or update their information.

So if it’s not science, is it just business? How will sniffing out correlations — romantic or otherwise — help Facebook make more money? Or perhaps the real benefit is the gee-whiz publicity that comes from making big pronouncements about sex and soccer fans, even if those pronouncements come from biased datasets and veiled research. If Facebook, or any other “big data” company, released its grip on their data and teamed up with academics (as companies like uBiome do), they could legitimately answer interesting scientific questions in a rigorous, long-lasting way. In the meantime, don’t count on your six-month relationship. It seems a little rocky to me.