Sinned Lately? There's a Vatican-Approved App for That 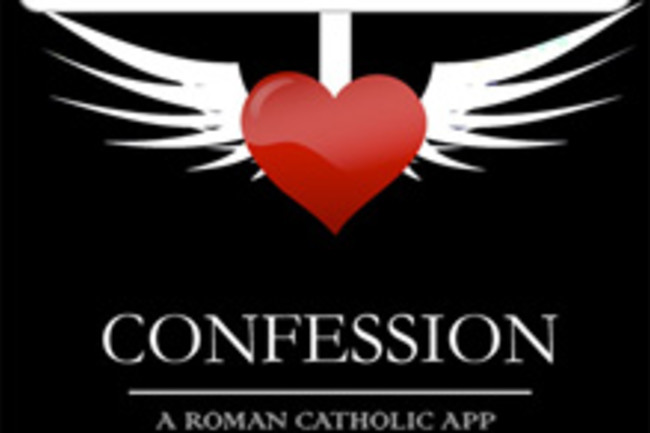 First, people chiseled the word of god on stone tablets, then the printing press came along and enabled things like religious flyers, handed out to innocent bypasser on street corners. As of today, the ten commandments are available in a handy Vatican-approved iPhone app. This interactive app helps Catholics prepare for confession with a handy checklist that asks questions such as, “Have I harbored hatred in my heart?”, and “Have I abused alcohol or drugs?”. It’s so hard to remember things these days. Have you ever been angry or resentful? Not sure? You wish you had a checklist to consult, right? Confession: A Roman Catholic App was developed by Little iApps (it appears to be the sole product that their website offers). “I was a bit skeptical at first, thinking Now how in blue blazes is it even a good idea, let alone approved by a bishop, for an iPhone or iPad to hear my con­fes­sion? No freakin’ way!,” explains a reverend named Jeffery Grace, from Los Angeles, on the company's testimonials page. But he adds that once he realized that the app didn't actually hear confessions--instead it helps the user through an examination of con­science--he warmed to it. Lisa Hendley of catholicmom.com also testifies: “I’m hooked!” 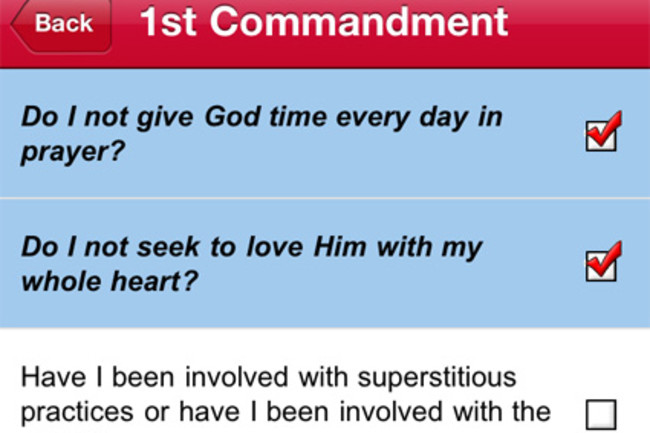 The press release explains that the app’s release “follows directly on the heels of Pope Benedict’s message for the 45th World Communications Day address.” But the app seems to be more about self reflection--as Popular Science puts it, helping people “enumerate their spiritual shortcomings and make sure nothing is forgotten when the get into the booth”--than about the transmission of knowledge and social networking that the Pope spoke about in his address. The Pope brought up a few timeless questions in his address, ones that perhaps get only harder to answer as we rack up friends on Facebook: “Is there is a risk of being more distracted because our attention is fragmented and absorbed in a world 'other' than the one in which we live? Do we have time to reflect critically on our choices and to foster human relationships which are truly deep and lasting?” I don’t know, but I’d like an app for that. Related Content: Discoblog: Coming Soon to the Internets: Digitized Dead Sea Scrolls Discoblog: Shocker: Inventor of DIY Holy Water Device Charged With Fraud Discoblog: New Service Allows People to Twitter Their Prayers to Jerusalem’s Western Wall Discoblog: Super-Size Me, Jesus: Last Suppers in Paintings Have Gotten BiggerImage: Little iApps