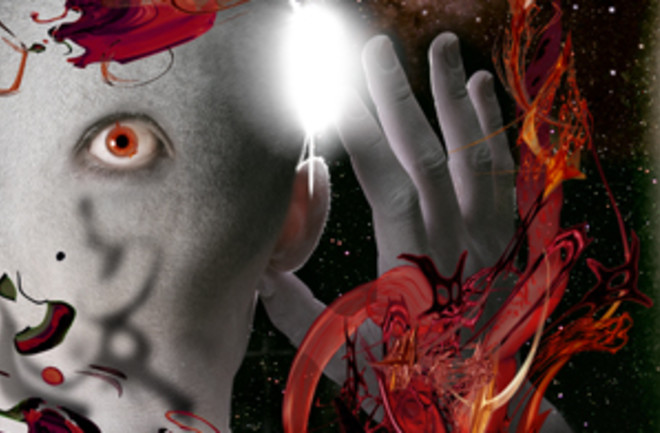 It all started when Jack scored on eBay a multichannel femtospectrometer from a probe that never, in the end, went to Mars. A frosty CSI-style piece of kit that isolated organic molecules in a laser trap and determined their molecular structure.

After Jack finished extolling the virtues of his new toy, Malcolm, his partner-in-many-crimes, said, “So now we’re biochemists?”

“We’re still hunting genes—this will make it much easier. See, not only can it deal with bog-standard organics, but it can also detect and characterize all kinds of weird stuff.”

“The idea being, something producing weird organic molecules must have weird genes.”

The two of them were talking on Skype, Jack in his flat in London’s Docklands, Malcolm in the basement of his mother’s row house in Philadelphia.

Jack said: “There you go. We’ve been looking for needles in haystacks. Now we have a magnet.”

Malcolm said, “What this comes down to, you want more samples.”

“I want a lot more samples.”

Although Jack and Malcolm had never met F2F, they were a tight team with a good rep on the Distributed Biology Network: gene hunters who amplified bacterial DNA from soil and water samples, shotgun sequenced it, and identified genes that weren’t in the catalogs. There were plenty of novel genes out there. Bacteria had been evolving for more than 3 billion years, exploiting every niche on Earth. So far, Jack and Malcolm had posted more than 200 sequences on DiBNet. They did it for fun, for the thrill of discovering something no one else knew, to win the kudos of their peers. They were amateurs in the purest sense. Big Science had turned out to be a luxury that the new lean, mean post-economic-collapse world couldn’t afford. Universities had devolved into degree factories; the fabulous pharaonic government and commercial projects, deploying hundreds of scientists and big-ticket equipment to map the human proteome, catalog the zoo of fundamental particles, or develop the next Ritalin or Viagra, had gone the way of the gorilla and the dodo. Science was now the preserve of dedicated amateurs like Jack and Malcolm. Jack was the hands-on guy, using money from his trust fund to buy equipment at knockdown prices; Malcolm scanned raw sequences using a customized program and also organized their gene hunts.

That’s what he did now, working his contacts. Amateur industrial archaeologists, extreme backpackers, cavers and mountaineers. People who explored dangerous and remote places and were willing to collect scrapings of dirt. Within a week a deluge of samples from all over the world began to arrive at Jack’s flat. Within a month, using novel organic molecules as markers, he and Malcolm had bagged several dozen genes—a new record.

Fame is a strange attractor. Jack began to receive all kinds of rare and odd samples, including a chip of moon rock from the

landing. But that wasn’t where he found the aliens. He found them in sediment collected from a hydrothermal vent, sent to him by a retired oceanographer.

“Remember the deep-sea sample with those weird amino acids?” he said to Malcolm.

“It didn’t have any weird genes,” Malcolm said.

“Exactly. We had strange amino acids but no strange genes. So I had a pal of mine look at the sample with her scanning electron microscope. It’s full of very small rods, about a hundred nanometers long. About a twentieth the size of E. coli. And they don’t have any DNA. I tried three different fluorescent tags. I think we’ve discovered some genuine nanobacteria.”

“Like in that Martian meteorite? Those turned out to be artifacts, as I recall.”

“Something produced those amino acids. We should have someone take a close look at these things.”

“I know some Russians who have an atomic force microscope. Would that do it?”

Jack sent a portion of the sample to the Russians, who mapped the cell wall of a nanobacterium atom by atom. It turned out to be a polymer similar to chitin, containing long chains of amino acids, possible enzymes or transport proteins, and thousands of sites that each cupped a single iron atom.

“Back in the days of Big Science, there was this guy who thought life on Earth could have come from Mars,” Malcolm said. “Mars is smaller and farther out from the sun; when the planets formed it would have cooled more quickly than Earth. Say life got started there first. Say a meteor hit at the right angle, kicked debris clean off the surface of Mars into orbit around the sun. Say there were microbial spores in those rocks. You follow?”

“One of the rocks reaches Earth, and the microbes crawl out and start growing,” Jack said. “But could they survive the journey?”

“Experiments suggested they could. This guy, I believe his name was David, Davies, something like that. A Brit like you. He also said, what if life from Mars arrived after life on Earth got started? It could have established a shadow biosphere right under our noses.”

“I see where you’re going. These nanobacteria are alien bugs. But we can’t prove it.”

“They’re definitely something different. Let’s post the results, see what people have to say.”

Inside a day, it was all over the Net. The old-fashioned media picked it up, and reporters and TV crews laid siege to Malcolm’s mother’s house. People from her church kept them at a distance, fed them sandwiches and coffee. Federal agents turned up too. When his mother refused to let them in, they called Malcolm, tried to make a deal. Malcolm told them the information was open source, they could do what they liked with it. Said, when they demanded the original sample: “It’s in Britain. Oh, and Russia. You have jurisdiction there?”

A biophysicist suggested that the iron atoms trapped in the nanobacterium’s cell walls could be on-off switches, encoding in chains of Boolean logic information analogous to information encoded in DNA. Gene hackers wrote artificial genes that expressed nanobacterial proteins and investigated their properties. A science-junkie film director sponsored an expedition that retrieved live nanobacteria from a hydrothermal vent. Few people noticed; by now, alien bugs were old news.

“I guess it was fun while it lasted,” Malcolm said to Jack a few weeks later.

“I was thinking, we might look for shadow life somewhere else,” Jack said.

“There were these Indian scientists who found strange fungi and bacteria way up in the stratosphere. Also stuff that looked like nanobacteria.”

“They didn’t have time to find out—the Indian economy fell over with everything else. Some people said the bacteria hitched a ride on dust lofted by big volcanoes, but the Indians believed that they came from outer space. The reason I mention it,” Jack said, “is one of their high-altitude balloons is for sale on eBay…”