Scottish Doctors Are Applying Ultrasound to Broken Bones. Does That Really Help? 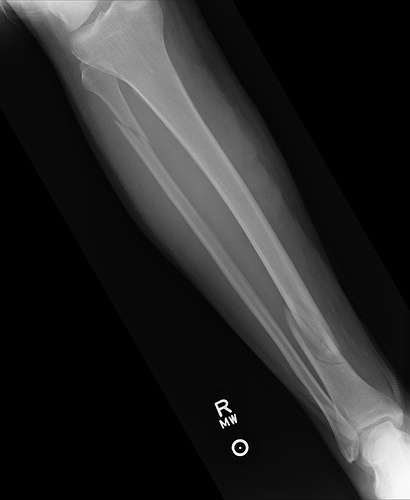 A team of doctors in Glasgow, Scotland, have begun using ultrasound to help heal patients' broken bones, claiming the technique can reduce recovery time by up to 40 percent with especially bad fractures. Developed in the 1950s by physicians in the same city, ultrasound is widely used in sonograms to produce images of developing fetuses. Sonograms are made by emitting sound waves into the body and recording the reflected patterns. To heal fractures, sound is emitted at a slightly different frequency and stimulates the development and activity of osteoblasts, which lay down new bone. So does it work? So far the physicians only have anecdotal evidence to support their claims, like the surprisingly quick recovery of a Scottish man who fell off a 20-foot water tank and broke his ankle into eight pieces. A recent review of more than 40 years of research into ultrasound's bone-healing abilities determined there's good evidence the technology can help heal "fresh" fractures, i.e., within one to two weeks after the injury. While the study found some hints that ultrasound could help heal older fractures, the authors determined there wasn't enough evidence to decide one way or another. An earlier review also concluded that ultrasound therapy can help recent fractures heal, but only found "preliminary evidence" it could help fix difficult or slowly-healing fractures. [Via BBC]