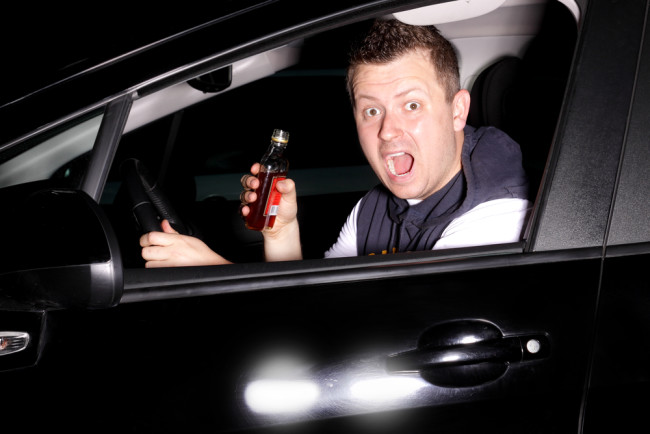 Between red-light cameras and automatic radar detectors, traffic enforcement has been going increasingly high-tech. And now cops can add another tool to their arsenal: Researchers have developed a roadside laser that can remotely detect alcohol vapors in a car. The laser, created by researchers from the Military University of Technology in Warsaw, Poland, can theoretically spot a driver with a blood-alcohol concentration of 0.1 percent simply by shining a beam through the vehicle’s windows.

The device works by shining a beam from the roadside into a mirror placed on the opposite side of the street, and back to a detector near the laser source. As a car passes through the beam, the detector — accounting for window distortions — measures minute changes in the beam caused by alcohol vapor. The laser device prototype is a bit clunky, but it was shown to work in the lab. Researchers heated a water-alcohol solution to 25°C which released a plume of vapors inside a stationary test vehicle. The laser was positioned several feet from the windows of the vehicle, with the height of the device adjusted so a beam could travel through the windows to the reflector. The device successfully identified a plume of vapor equivalent to the breath of a human with a blood-alcohol concentration of 0.1 percent — just above the 0.08 percent legal limit in many states. The findings appear in the Journal of Applied Remote Sensing.

Researchers acknowledge that their device could easily be fooled. Drivers could simply roll down their windows, blast their air conditioners or conceal their activities with window tint. Furthermore, it could be the passenger emitting the boozy breath. However, researchers say their device can detect these attempts at trickery, and will still alert police that a vehicle should be checked. Moving forward, the teams wants to scale down their product and make it easier for cops to use. They envision linking the device to a camera that would snap photos of potential drunken drivers to tip off police further up the road.