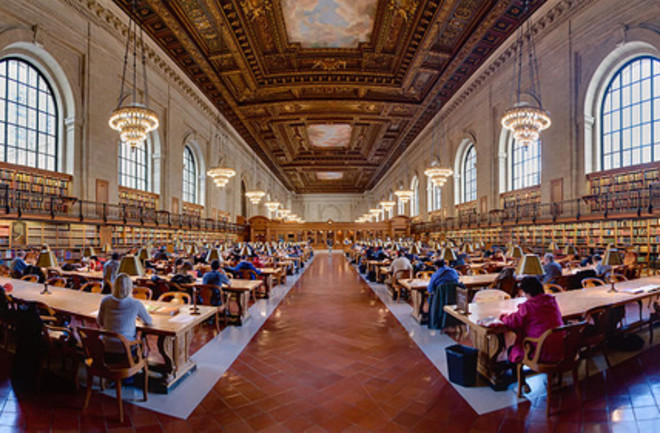 Humanity's legacy of millions upon millions of books represents an unparalleled reservoir of data, precisely detailing the changes in language and culture over the centuries. Now, if only a search engine giant were digitizing that history... Oh, right. Google has been doing just that, and now scientists are beginning to tap that treasure trove of data. From Ed Yong:

Together with over 40 university libraries, the internet titan has thus far scanned over 15 million books, creating a massive electronic library that represents 12% of all the books ever published. All the while, a team from Harvard University, led by Jean-Baptiste Michel and Erez Lieberman Aiden have been analysing the flood of data.

Their first report is available today. Although it barely scratches the surface, it’s already a tantalising glimpse into the power of the Google Books corpus. It’s a record of human culture, spanning six centuries and seven languages. It shows vocabularies expanding and grammar evolving. It contains stories about our adoption of technology, our quest for fame, and our battle for equality. And it hides the traces of tragedy, including traces of political suppression, records of past plagues, and a fading connection with our own history.

—including fascinating examples like the "half-life" of any given year being mentioned in literature—over at Not Exactly Rocket Science. And try out Google's search

to see the prevalence of any phrases or phrases over the years. Related Content: DISCOVER: The Dawn of Urban Civilization: Writing, Urban Life, and Warfare

80beats: The Brains of Storytellers and Their Listeners Actually Sync Up

Not Exactly Rocket Science: The Evolution of Past Tense: How Verbs Change Over Time