Real-World Technology That Approaches "The Avengers" 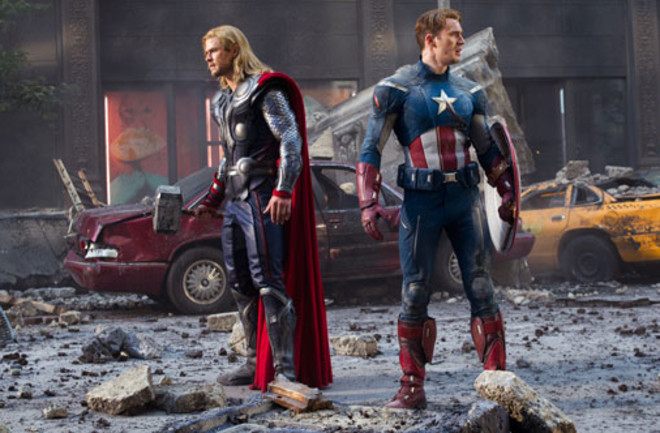 After a series of solo adventures, Marvel’s greatest superheroes will finally join forces on the big screen this Friday, May 4. In anticipation of the Avengers’ suiting up to save the day, we took a look at how today’s technology stacks up against the best weapons wielded by our favorite superhumans.

Iron ManSuper Tech: A bespoke high-tech exoskeleton not only protects billionaire Tony Stark from supervillains, it also lets him fly faster than the speed of sound, lift up to 100 tons, and confirm dinner reservations through his AI assistant.

Real-World Tech: U.S. soldiers may soon have robotic exoskeletons of their own. Defense giant Lockheed Martin’s model, now in testing, supports soldiers as they run at speeds of up to 10 miles per hour while carrying 200 extra pounds.

Captain AmericaSuper Tech: The Captain’s shield, made of an alloy with the alien metal vibranium, absorbs kinetic energy—so the strain of battle only makes it stronger.

Real-World Tech: Scientists have yet to find a material that gets tougher from taking a hit. But in 2011 researchers at Lawrence Berkeley National Lab unveiled the strongest, toughest substance ever: a microalloy of glass and the rare metal palladium.

ThorSuper Tech: With the help of his trusty hammer, Mjolnir, the Norse god can summon storms and control lightning strikes.