Many activitites, jobs, and pastimes have virtual mascots---mascots that just seem to get adopted over time. Gamblers have always courted lady luck. Absinthe drinkers talk about seeing the green faerie. Mars exploration has the Great Galactic Ghoul, to which we've alluded recently.

It's on point related to that last one that I'd like to expand. 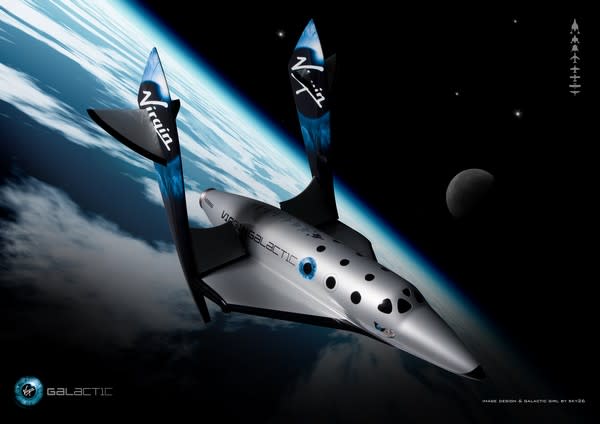 The fledgling space tourism is poised to explode. Seven people have already paid seven-figure sums to fly to the International Space Station. Like any airline, Virgin Galactic allows you to book your flight to orbit. The Russian Orbital Technologies Corporation has announced that it will build a space hotel by the year 2016. This is about to become a HUGE industry; I think space tourism needs a mascot.

Now I do a lot of public outreach, and talk to hundreds, even thousands, of people about space and space travel each year. A common desire among those who dream to slip the surly bonds of Earth is to "float weightless, free of gravity."  Almost as a rule, I find that these people are unaware of something called Space Adaptation Syndrome (SAS).  Put more simply: space sickness.

For the first few days in space, most space travellers experience dizziness, disorientation, and/or nausea (sometimes very severe). Senator Jake Garn--a former naval avaiator and presumably used to motion-related sickness--was so sick that NASA astronauts named the unofficial unit of space sickness the "Garn". An astronaut who is space sick at a level of one Garn is, essentially, useless as far as performing meaningful work. A space tourist at a level of one Garn would probably not be enjoying his or her "vacation." One can almost envision space tourists, upon return to Earth, debarking from their spacecraft sporting the very same Transderm patches upon which some cruise ship vacationers rely.

So in some senses the industry already has a built-in mascot, one that has been with space travelers since the onset.  Unlike the virtual mascots already listed, I see space tourism's virtual mascot as being different than those previously mentioned, and more similar to the virtual mascot of 400 meter dash runners.  As runners hit the 300 meter mark, and lactic acid builds up to a high concentration in their muscles, runers say that "Rigor mortis sets in," "You have a refrigerator on your back," or "The bear jumps on your back."  Some athletes merge two and  just say that "Riggy Bear" has jumped on your back.

Combining the spirit of the 400 meter dash mascot with the experience of Senator Garn and others, I propose that the mascot for space Tourism--one whose loving embrace you would prefer to avoid, but who will probably be your busom buddy whether you like it or not--be named Ralph*.

I'm not sure what form Ralph should take, the best thing I've come up with to date is an amoeba (think of the behavior of liquid in microgravity). I know, that's lame. So I'm throwing it out (pun partially intended) to you. In the talkback, what form should "Ralph the Mascot of Space Tourism" take? 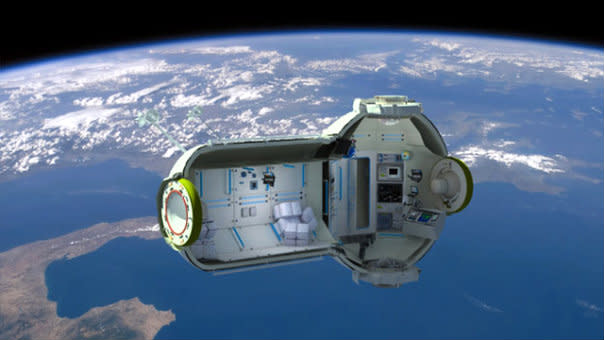 *For the uninitiated, to "Ralph", or to "meet Ralph"  is a slang term meaning to vomit.