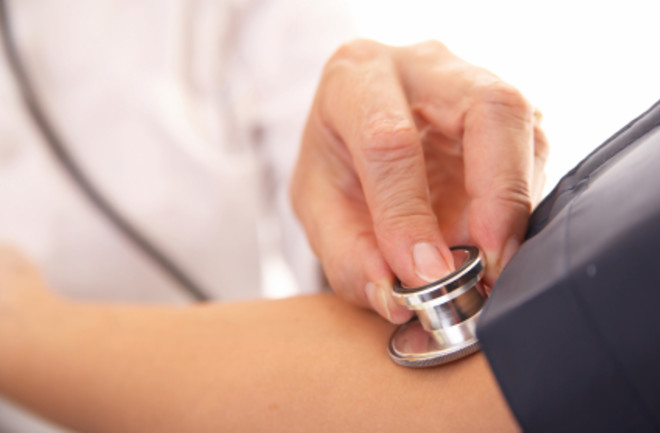 Could a blast of radio waves keep the hypertension away? For patients whose high blood pressure doesn't respond to regular medication, a treatment reported in The Lancet aims to do just that.

The minimally invasive procedure is similar to angioplasty for heart disease but involves deactivating nerves in the kidney which play a key role in regulating blood pressure. A catheter is inserted into the femoral vein in the thigh and threaded through to the kidney. Then a burst of radio-frequency energy is used to disable the nerves [The Independent].

Normal systolic blood pressure is considered 120; hypertension is defined as being over 140. In this trial, the team led by Murray Esler studied the effect of the radio treatment on more than 100 people who had very high levels—an average of 178—despite taking high blood pressure medication.

After six months, the systolic blood pressure had fallen by at least 10 mmHg in 84 per cent of those who received the treatment. This is expected to reduce their risk of stroke by more than 30 per cent. Esler is unsure why it was not effective for all patients. He speculates that some were not "zapped enough". [New Scientist]

If the radio wave treatment reduces blood pressure even by a small amount without serious side effects, it could be a huge help for a growing number of people.

About 75 million Americans and 1 billion people worldwide have high blood pressure — readings of 140 over 90 or more. Most people need three or four drugs to treat it, and only about one-third are well-controlled on medicines. About 10 percent are unable to achieve control despite taking many drugs that relax the blood vessels and prevent water and salt retention. [AP]

However, as The Lancet discloses, this study was run by Ardian Inc., the California-based company that developed the treatment. So independent studies must verify the results, and that the benefits endure—especially for something that sounds almost too good to be true, says Dr. Mariell Jessup

80beats: Obese Kids Have the Arteries of 45-Year-Olds, Study Finds

80beats: Going Direct: Researchers Change Skin Into Blood With No Stops in Between