Powered by the Inner Ear

Electrochemical activity in the cochlea can charge tiny transmitters. 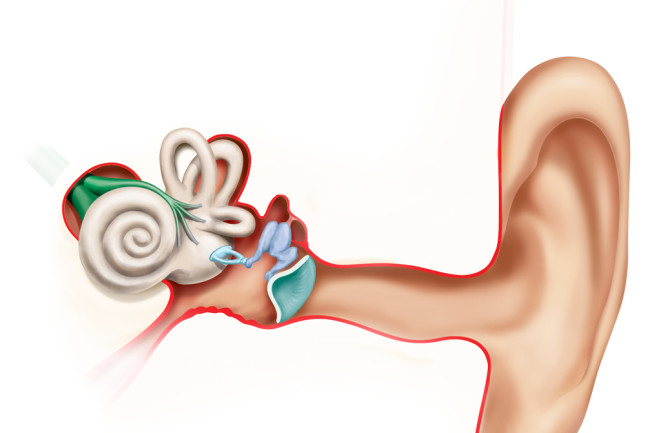 In your inner ear, a bony, snail-shaped structure called the cochlea acts essentially like a battery. An electrochemical interaction between two of the cochlea’s chambers helps translate sound vibrations into neural signals sent to the brain. Now, for the first time, scientists have tapped into this natural battery to charge a small wireless transmitter.

“No one’s ever extracted this power to do actual electronic functions,” says MIT electrical engineer Anantha Chandrakasan, who led the research along with Konstantina Stankovic of the Massachusetts Eye and Ear Infirmary. The scientists implanted tiny glass electrodes in a guinea pig’s cochlea, which is similar to a human’s. The electrodes caused only a slight degradation in hearing, a problem that might be avoidable in the future with thinner materials.

The experiment successfully reaped about a nanowatt of power for five hours. Although that’s nowhere near enough to power, say, a hearing aid, the technique could fuel small devices that therapeutically monitor the inner ear or deliver drugs.