Debbie Chachra is an Associate Professor of Materials Science at the Franklin W. Olin College of Engineering, with research interests in biological materials, education, and design. You can follow her on Twitter: @debcha. 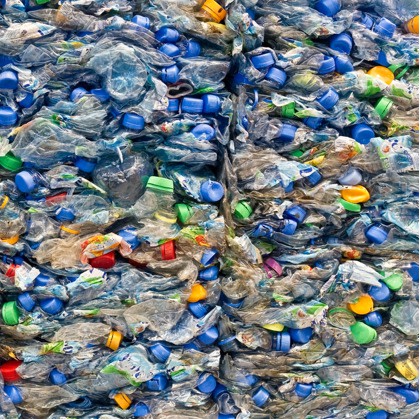 In 1956, M. King Hubbert laid out a prediction for how oil production in a nation increases, peaks, and then quickly falls down. Since then many analysts have extended this logic and said that global oil production will soon max out---a point called "peak oil"---which could throw the world economy into turmoil. I’m a materials scientist by training, and one aspect of peak oil I’ve been thinking about recently is peak plastic. The use of oil for fuel is dominant, and there’s a reason for that. Oil is remarkable—not only does it have an insanely high energy density (energy stored per unit mass), but it also allows for a high energy flux. In about 90 seconds, I can fill the tank of my car—and that’s enough energy to move it at highway speeds for five hours—but my phone, which uses a tiny fraction of the energy, needs to be charged overnight. So we'll need to replace what oil can do alone in two different ways: new sources of renewable energy, and also better batteries to store it in. And there's no Moore’s law for batteries. Getting something that’s even close to the energy density and flux of oil will require new materials chemistry, and researchers are working hard to create better batteries. Still, this combination of energy density and flux is valuable enough that we'll likely still extract every drop of oil that we can, to use as fuel. But if we’re running out of oil, that also means that we’re running out of plastic. Compared to fuel and agriculture, plastic is small potatoes. Even though plastics are made on a massive industrial scale, they still only account for about 2% world’s oil consumption. So recycling plastic saves plastic and reduces its impact on the environment, but it certainly isn’t going to save us from the end of oil. Peak oil means peak plastic. And that means that much of the physical world around us will have to change. Plastic is more than just water bottles and Tupperware. If you’re indoors, look around. There’s a good bet that much of what’s in your field of view is made of plastic. Paint. Carpeting. Upholstery. The finish on a wood floor. Veneer on furniture. And that’s before you go into your kitchen, or bathroom, and never mind a subway car or a hospital (disposable, sterile medical supplies, anyone?). Plastic is so ubiquitous that it’s almost invisible. In the last century or so, chemists and chemical engineers have developed thousands of plastics for use in tens of thousands of applications, if not more. That means that we’ll need to find replacements for these oil-based plastics for every one of those uses. While we’ll be able to make some of them from alternative feedstocks (like natural gas, already the source for most polyethylene), the increased cost makes previously unconsidered renewable sources much more viable. It’s likely to be a different world. But there will still be applications that really need petroplastic, so landfills will become goldmines. The characteristic drawback of plastic, its stubborn resistance to degradation ("this plastic bag will still be around in ten thousand years!") may become a virtue, as it sits unchanged in anaerobic landfills waiting for us to decide that it’s worth excavating and recycling. And one day we'll do just that---there’ll come a point when the easy, albeit expensive, way to get a particular combination of properties (formability, degradation resistance, sterilisability) will be to dig up post-consumer plastics and reuse them. And one day in the future, cool, slick petroplastics will become a repository of warm nostalgia. I like to imagine the Brooklyn-hipsters-of-the-future, on their rooftops, using vodka and bitter almond oil to make artisanal polyethylene. This post is slightly modified from one that was originally posted at warrenellis.com.