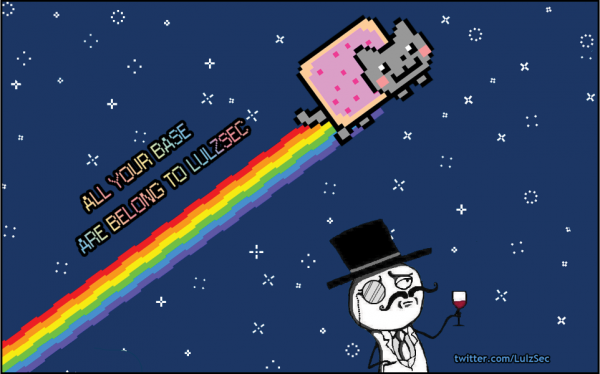 A hacked page on PBS's site announces the perpetrators.

What's the News: On Sunday night, PBS found itself the victim of a cyber attack by the group LulzSec, which hacked PBS's site in retaliation for a Frontline episode about WikiLeaks whose tone they found unfavorable. The first evidence? A post on the NewsHour blog alleging that rapper Tupac Shakur, who died in 1996, was still alive and well in New Zealand. PBS responded quickly, but as late as Monday night at about 5:50 pm, according to Boing Boing

, LulzSec still had access to the site. Their motivation, the group says in an interview with Forbes

, is a mixture of "lulz and justice."

On May 24, Frontline aired an hour-long documentary, “WikiSecrets”, that profiled suspected WikiLeaks leaker Bradley Manning. WikiLeaks founder Julian Assange, who was interviewed at length for the documentary, roundly criticized the piece even before it aired, writing that the program was “hostile and misrepresents WikiLeaks’ views and tries to build an ‘espionage’ case against its founder, Julian Assange, and also the young soldier, Bradley Manning.”