Dr. Paul Thompson, a PhD in philosophy, is a professor at Michigan State University and the W. K. Kellogg Chair in Agricultural, Food and Community Ethics. He has served on many national and international committees on agricultural biotechnology and is the author of From Field to Fork: Food Ethics for Everyone, among many other books discussing ethics in food biotechnology, agriculture, and the environment. His research focuses on the ethical and philosophical questions regarding agriculture, food, and especially the development of agricultural techno-science.

See Paul Thompson March 8, 2016 at "The Impact of What We Eat: From Science & Technology, to Eating Local". 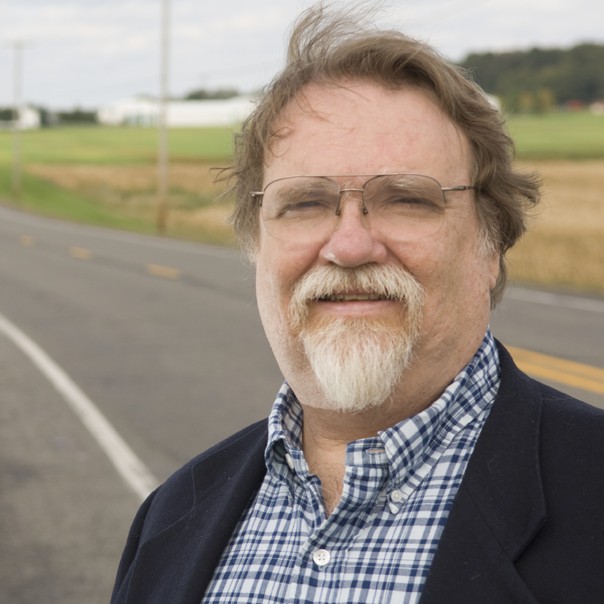 What hooked you on cooking? On science?My mother was a terrible cook. Lots of canned spinach, frozen fish sticks and macaroni & cheese out of the blue box. Both of my brothers and I learned to cook out of self-preservation. The science thing is more complex. I trained in the philosophy of science and technology and I have studied the strengths and weaknesses of using science in assessing both food-related and environmental risks. The coolest example of science in your food?Don’t eat a potato after it has turned green. That’s a sign that the toxin-producing genes (normally active only in the leaves) have been activated in the tuber (that is, the part we eat).The food you find most fascinating?Maize (or corn). It couldn’t exist without human help. I’m fascinated in thinking about how native populations in Mexico managed to develop it from teosinte.What scientific concept–food related or otherwise–do you find most fascinating?Sustainability. And how it depends on systems thinking.Your best example of a food that is better because of science?The strawberry we know and love would not exist if the genes from two species of berry had not been crossed by French monks back in the 16th century.We love comparing the gluten in bread to a network of springs. Are there any analogies you like to use to explain difficult or counter-intuitive food science concepts?I do like to think about how the medieval concept of gluttony had nothing to do with physical health or obesity. It was about being too interested in the bodily experience of eating, not only eating too much, but being picky about one’s diet, eating at the wrong time of day, being too eager or preferring fine as opposed to coarse (e.g. peasant-style) foods.One kitchen tool you could not live without?Garlic pressFive things most likely to be found in your fridge?Cottage cheese, pickles, half & half, tortillas (can’t get fresh ones in Michigan) and (of course) milk.Your all-time favorite ingredient?Onions. Everything is better with them.Favorite cookbook?I almost never use a cookbook, but my favorite would be The Vegetarian Epicure.Your standard breakfast?Oatmeal. It has to be steel-cut, preferably with dried Michigan tart cherries thrown in while it cooks.