Pages From an Old Quran

Text shows that Islam's most sacred book has changed little over the centuries. 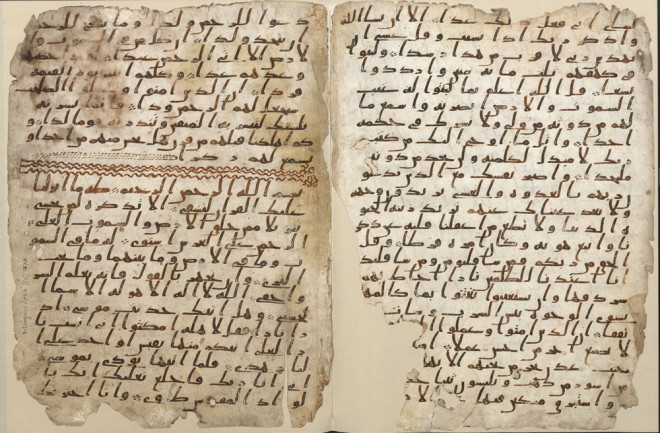 The Cadbury Research Library/University of Birmingham

For decades, two inscribed leaves of parchment sat in a research library at the University of Birmingham, England. Only by chance did a scholar notice them and suspect what they were: part of one of the first Qurans. By July, radiocarbon dating confirmed the parchment was made between A.D. 568 and 645. “The scribe may have heard the Prophet Muhammad speak, have seen him, or may even have known him [before his death in 632],” says David Thomas, professor of Christianity and Islam at Birmingham. The text is almost identical to that of the modern Quran, shedding light on Islam’s earliest period and suggesting its most sacred book has changed little in 14 centuries.