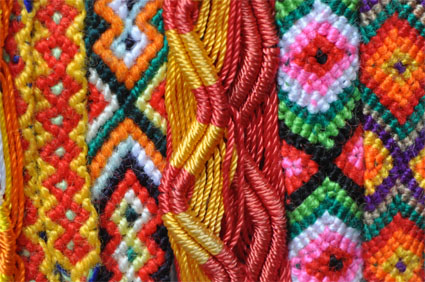 Compare the Wikipedia entry for Teenage Mutant Ninja Turtles with the entry for friendship bracelets, and you'll find a disparity: the sword-swinging reptiles have garnered far more words than the school-days token of friendship. The Wikimedia Foundation, which runs Wikipedia, sees disparities like these as the outcome of a much more serious one: only about 13 percent of Wikipedia's hundreds of thousands of contributors are women. This gender gap was discovered in a recent study of Wikipedia entries (pdf). The average contributor, it turns out, is a mid-twenty-something-year-old male. To begin to close the gender gap, Wikimedia Foundation Executive Director Sue Gardner has set a goal for the company: to increase the number of female writers to 25 percent in the next four years. As the New York Times reports:

Her effort is not diversity for diversity’s sake, she says. “This is about wanting to ensure that the encyclopedia is as good as it could be,” Ms. Gardner said in an interview on Thursday. “The difference between Wikipedia and other editorially created products is that Wikipedians are not professionals, they are only asked to bring what they know.... Everyone brings their crumb of information to the table,” she said. “If they are not at the table, we don’t benefit from their crumb.”

With an estimated 53 percent of Internet-using U.S. adults reading its pages, Wikipedia is a major source of public knowledge. Some argue that the site's gender gap overlies a deeper issue: that women tend not to publicly proclaim their opinions as often as men. Although specific initiatives to draw women contributors to the site are still being planned, the obstacles are clear. As Wikimedia board member Kat Walsh told the New York Times:

“The big problem is that the current Wikipedia community is what came about by letting things develop naturally — trying to influence it in another direction is no longer the easiest path, and requires conscious effort to change.”

Only time will tell whether Wikipedia will successfully recruit female contributors to its site, thereby narrowing the gender gap. And despite the urge to point towards article lengths as the outcome of this gap, it might also be healthy to acknowledge the danger and shortcomings in labeling articles as "male" or "female"--not every girl weaves friendship bracelets, and not every boy enjoys watching turtle fights. One thing is certain, though: More women Wikepedia contributors would mean a more diverse website--one where formerly terse entries become more nuanced, and past untouched subjects get mentioned--creating, in short, a better and more informed Wikepedia. Related Content: 80beats: Female Teachers’ Math Anxiety May Give Girls the Arithmetic Jitters 80beats: More Evidence That Girls Kick Ass at Math, Just Like Boys The Intersection: The Chicken, The Egg, The Woman In Science Not Exactly Rocket Science: Celebrating Female Science Bloggers Not Exactly Rocket Science: 15-Minute Writing Exercise Closes the Gender Gap in University-Level Physics