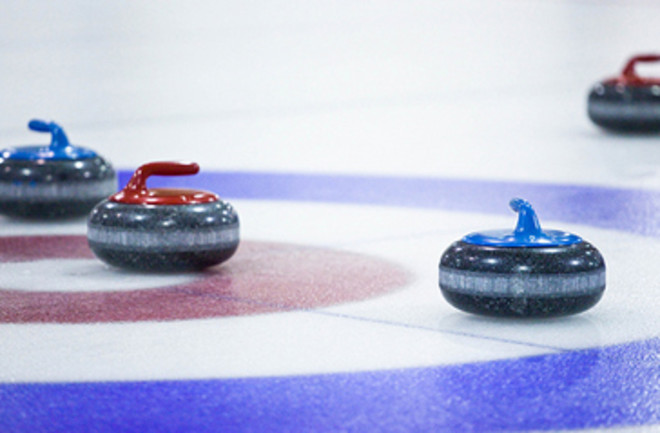 We're a week into the Vancouver Olympics, and if you haven't had your fill of world-class athletes frolicking on the ice in frilly clothing, playing ice shuffleboard with 4o-plus-pound stones, or hurtling downhill at terrifying speed, don't worry: There's more than a week left to go. And there will be feats of dizzying daring and velocity, since Olympians don't settle for just terrifying speed when there's a chance to attain ridiculous speed, or even ludicrous speed. Thankfully, the Olympics are a bastion of technology, not just sport. Take bobsledding. Team USA has been working with the Exa Corporation to develop the most aerodynamic sled possible, by computationally mapping fluid dynamics of air rushing past the sled. Says Exa's Brad Duncan,

"We've heard that some other countries are using more traditional processes where they do testing in wind tunnels.... That’s where the U.S. team was able to leapfrog the competition, was to do digital testing" [LiveScience]

. The sleds could reach up to 95 miles an hour in the race, and designer Bob Cuneo says the sled design is a huge factor.

Then there's curling. Every time the winter Olympics roll around the game attracts weird curiosity and lame participatory journalism (and this time even a Simpsons episode). Scientists have started investigating the science behind guiding the stone down the ice to its target, the house, through the player's vigorous sweeping. According to exercise physiologist John Bradley, sweepers can get their heart rates up to 170 to 200 beats per minute. Still, curlers' physiques usually draw some chuckles.

Ultimately, Cuneo estimates that about a third of the team’s success in Vancouver comes down to engineering [Popular Mechanics]

"Since most of the curlers in the world are in colder climates, you're not going to see bronzed, beach physiques curling very often," said Jonathan Reeser, a sports injury epidemiologist, [Fox News]

who engages in curling himself. The reason curling sweepers do all that sweeping is to change the temperature of the ice in front of the stone, and Bradley's research helped to show the ideal way to do it.

When the stone is traveling faster it is more effective to sweep faster because it enables sweepers to cover the same spot of ice more than once and raise its temperature higher. "And if the stone's traveling slower then you can begin to put more downward pressure into the ice" [Fox News]

, he says. One could go on and on, as all the Olympic sports are intertwined with technology. But there are a mountain of other tech stories, because even putting on the Olympics is a huge technological achievement (as one sees when things go wrong, like the glitches that began during the opening ceremony and that have continued to plague the games). CNET reports that it will take more than 40,000 Ethernet ports and 7,000 two-way radios to keep the games going. In addition,

this year's Games make a significant change in the technology setup. In past years, organizers set up separate data and voice networks, but this year all the video, data, and voice will traverse one massive Internet Protocol network set up by Atos Origin, Bell Canada, Avaya, and others [CNET]

More From Discover
Health
Scientific Highs And Lows Of Cannabinoids
Health
Will COVID-19 Need an Annual Vaccine Like the Flu?
Health
10 Science-Backed Ways to Boost Your Brain
Mind
Can Playing Video Games Make You Smarter?
Health
Calorie-Restricted Diets May Not Live Up to the Hype
Health
6 Ways to Exercise Outdoors in Winter
Recommendations From Our Store
My Science ShopDiscover STEM Kits
My Science ShopDiscover 2022 Calendar
My Science ShopStrange Science
My Science ShopElements Flashcards
Shop Now
Stay Curious
Join
Our List