Nuclear Fusion Comes Down to Earth

A promising new method to harness the energy source of the stars. 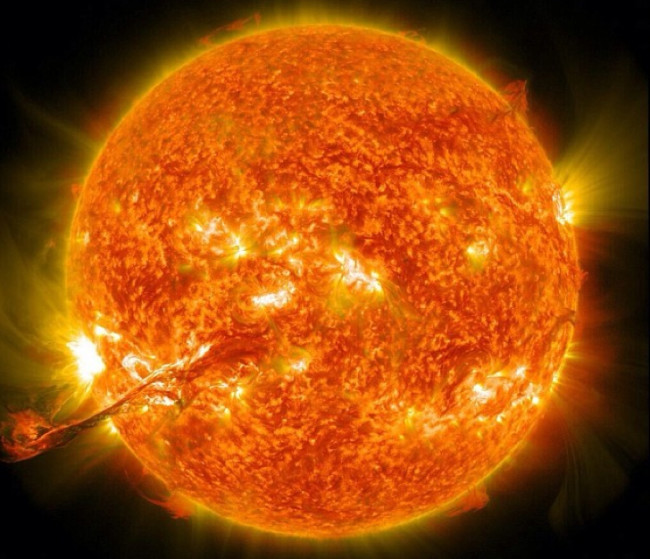 Deep inside the massive Z machine at Sandia National Laboratories in Albuquerque, N.M., a tiny cylinder of beryllium, no bigger than a pencil eraser, awaits its big moment. The capsule holds a smidgen of neutron-rich hydrogen gas, hardly enough to make a small pop if you burned it.

But the physicists at Sandia have in mind a grander plan than combustion, one that will release kilowatts of power from this tiny capsule: thermonuclear fusion. It’s the same process that heats the sun, and the Z machine team is testing a promising new way to transform it into a clean and plentiful source of electricity on Earth. 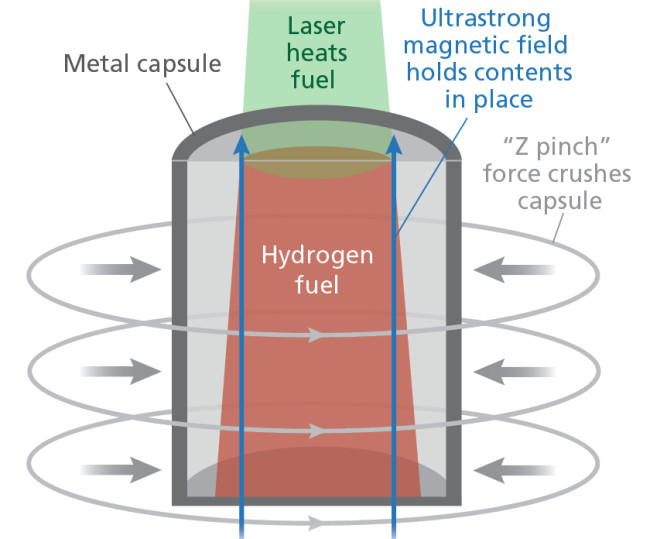 Red lights flash, and a loud horn sounds. Rivers of electrical current fill banks of capacitors. Nineteen-million amps of current zap through the machine with a violent crack, creating a “Z pinch” force that crushes the capsule while an ultrastrong magnetic field keeps its contents in place. Adding to the searing heat of compression, a trillion-watt blast of green laser light sends the temperature of the hydrogen nuclei soaring to 30 million degrees Celsius — hot and fast enough to fuse hydrogen atoms together into helium nuclei. The whole event is over in less than a millionth of a second, but it ejects energetic neutrons by the trillions.

MagLIF fusion, as this approach is known, is relatively new, but its rapid progress since initial tests in late 2013 has excited fusion enthusiasts. They envision zero-carbon power plants that run on fuel made from hydrogen isotopes in seawater and produce less waste than today’s nuclear power plants.

Sandia’s dark-horse entry in the fusion race still consumes far more energy than it releases, but that is also true of the more conventional — and more expensive — approaches to fusion, such as bombarding encapsulated fuel with laser light from every direction (as the National Ignition Facility in Livermore, Calif., does) or using giant superconducting magnets to heat levitating plasma for minutes at a time inside a doughnut-shaped chamber (as the International Thermonuclear Experimental Reactor in France may do when it’s completed around 2027).

Taking MagLIF technology to commercial feasibility means increasing output a thousandfold — and persuading a skeptical Congress to bankroll the effort.

[This article originally appeared in print as "Fusion Comes Down to Earth."]