Next from X Prize: An Award for Cleaning up BP's Oil Spill? 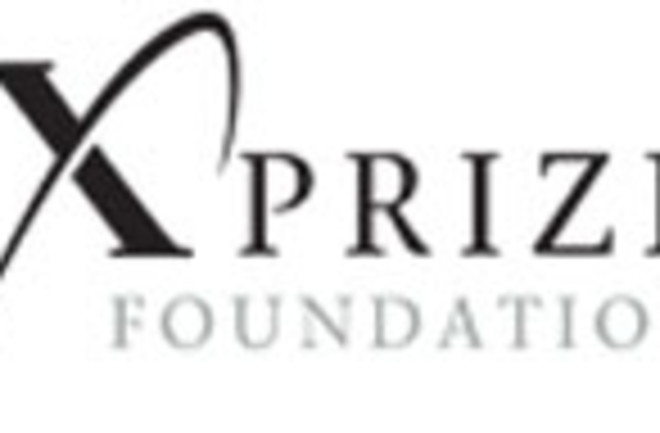 BP can't clean up its mess. Kevin Costner's trying. But if you know how to clean up the leaking oil in the Gulf of Mexico, you could be a winner. The X Prize Foundation says this week that it's considering the creation of a multimillion-dollar prize for the solution to cleaning the BP oil spill. This is the same organization that put together awards of $10 million or more for private spacecraft and high mileage cars. The foundation's Frances Beland announced the idea at an oil spill conference in Washington, D.C.

Beland said the foundation wanted to come up with a prize to find a solution to capping the well but found it was unable to obtain enough data to design such a challenge, so it opted to focus on the cleanup. “We’re going to launch a prize for cleanup, and we’re going to kick ass,” he said, to applause. Beland said 35,000 solutions to the Gulf crisis have been proposed to BP, the government and other organizations, including the X Prize Foundation [CNN].

Despite Beland's high-flying rhetoric, many teams are finding little success in the other X Prize events that are ongoing. The Automotive X Prize

, intend to reward cars that can exceed 100 miles per gallon, went through its knockout stage to narrow the competition before next month's finals. Many of the entries fell by the wayside, unable to meet the milestones of at least 67 MPG or equivalent (MPGe) needed at this stage. (The "equivalent" business is necessary because many of the experimental vehicles use energy sources other than gasoline.)

The Knockout outcome was particularly disappointing for the West Philly team, a high-school group that garnered more and more attention as the contest progressed.... West Philly's converted Ford Focus fell 3.5 points short of the required efficiency score of 67 MPGe, apparently due in part to a battery-charging snafu [MSNBC].

In addition, some of the car entries stretch the competition definition of being something you could sell to ordinary drivers. As DISCOVER saw when we visited the Shell Eco-Marathon

, you can make cars that score way, way above 100 MPG if you sacrifice just about everything else in pursuit of that goal. The Auto X Prize cars are closer to what you might see on the road, but many of the designs are still a little out there. And given the teams' struggles to meet even 67 MPG while staying within the competition's rules, there's a chance that the winner will be... nobody.

“The prize money’s not won if you’re not successful,” said Eric Cahill, X Prize’s senior director. He added that it’s “entirely possible” that no competitor will achieve the target. “When the rules were first published, we received a lot of heat that this was too easy,” Mr. Cahill said. But as batteries overheated, sensors malfunctioned and cars struggled to cut through densely humid air, the target looks anything but easy [The New York Times].

Thinking back to the mess in the Gulf, we can't help but reflect on that ever-growing list of 35,000 ideas for the cleanup: Hopefully at least one of them has what it takes. Related Content: DISCOVER: Should American Science Be More Like "American Idol"?

80beats: Lunar X Prize Competitor Hopes to Send a Rover Back to Tranquility Base

Discoblog: Shell Eco-Marathon: Meet the 1,000 MPG Cars of the Future