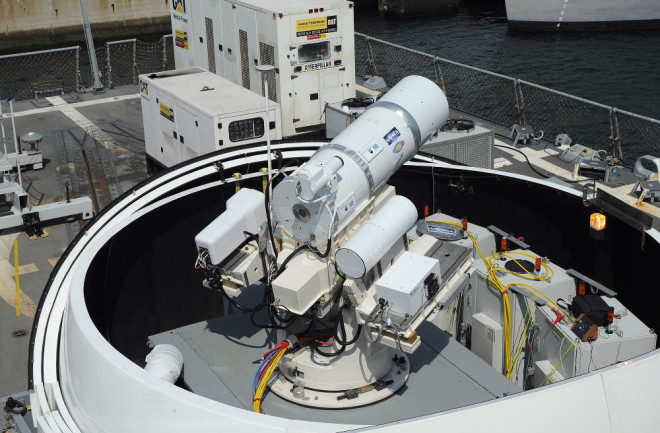 The Laser Weapons System was developed by the U.S. Navy and deployed in the summer on the USS Ponce. | John F. Williams

The U.S. Navy turned science fiction into reality over the summer by deploying its first laser beam weapon on the USS Ponce, a transport ship.

“You’re getting shots for less than a dollar, as opposed to ammunition, which can cost hundreds of dollars per round,” says Navy Cmdr. Vince Chernesky.