Prototype device detects movements as tiny as a heartbeat to within a few feet. 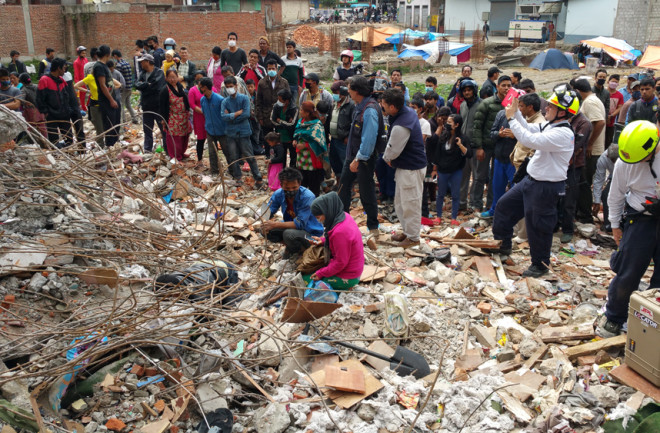 FINDER was deployed to the field for the first time to help find survivors of the Nepal earthquake in April. | David Lewis, R4 Inc. via NASA

The April 25 earthquake in Nepal claimed more than 8,000 lives, but four men trapped under debris survived, thanks to the first field use of some NASA technology.

At the time of the quake, NASA happened to be working on a briefcase-size prototype of FINDER, a device that can detect a beating heart thumping beneath 30 feet of rubble. (FINDER stands for “Finding Individuals for Disaster and Emergency Response.”) NASA sent two prototypes to Nepal to assist rescue workers scrambling to find people trapped beneath collapsed buildings.

FINDER sends out a microwave signal (which penetrates rubble), and software loaded onto a laptop pinpoints anomalies in the returning signal produced by tiny movements, such as the motion of a beating heart or a victim’s breathing. The system filters out extraneous noise, identifies uniquely human movements and reveals a victim’s location — the latest version to within 5 feet.

NASA uses the same microwave technology in satellites to measure, for example, sinking land due to changes in aquifer levels, or the motion of other planets’ satellites. Jim Lux, FINDER project manager, says the device could also monitor patients’ vital signs in trauma centers or ambulances — where every second counts — without needing to connect cumbersome electrodes.