“Nanosponge” Could Soak Up Oil Spills 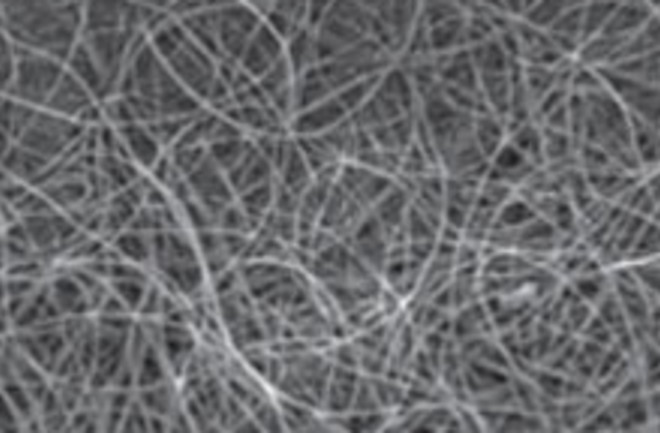 A mesh made of tiny metal nanowires could clean up oil spills in the ocean, according to a new report [Nature Nanotechnology, subscription required]. The “nanosponge,” which looks like a thin piece of brown paper, can sit on top of water without ever getting wet, while absorbing 20 times its weight in oil. The MIT nanotech researchers haven't tested their invention outside the lab yet, but say the nanosponge could be more effective than materials that are currently used to sop up oil, which often absorb water as well as the targeted oil, and which can't be reused. The nanowires, which are each 20 nanometers in diameter, are made of potassium manganese oxide and clump together naturally in dense tangles. The researchers then coated the material with a water-repelling silicone layer.

Because the membrane is mostly air, it functions like a sponge, drawing in liquid through capillary action. But because the surfaces are unfavourable to water, the membrane selectively absorbs hydrophobic solvents such as oil [Nature News].

In theory, the paper-like material could be laid down on top of oil slicks created in disasters like the Exxon Valdez spill in 1989, or last year's freighter accident in San Francisco Bay. When the nanosponges are saturated, they could be hauled in and prepared for the next round.

Michael Rubner, an MIT materials science and engineering professor who was not involved in the project, says that the membrane's reusability is its most distinctive feature... The inorganic nanowires can handle temperatures up to 600 degrees Celsius, where organic materials would degrade. "If the membrane becomes foul with oil or you have to remove the oil, ... [you] can basically cook it and clean it up and, in principle, use it over and over again," Rubner says [Technology Review].