My, What Biometrically Unique Ears You Have 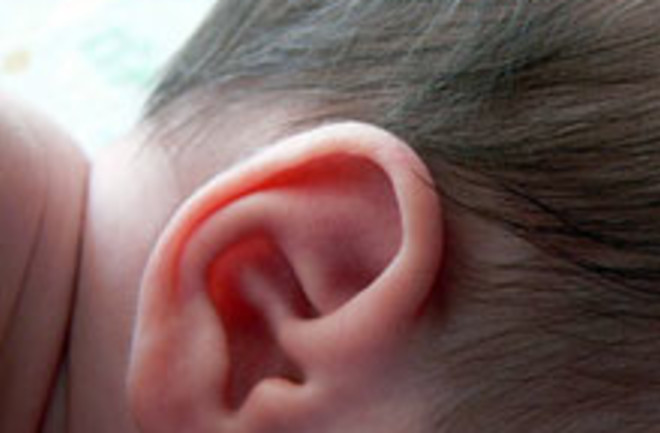 It's not in the eyes, the face, or fingerprints. For some researchers, the future of biometrics lies in the ear. Imagine walking into a store and instead of submitting to an iris scan, like in Minority Report, having the cameras scan your ear, noting its curves and wrinkles, to identify you. Christopher Mims, blogging for Technology Review, reports that that day may come. What makes the human ear good for use as a biometric is its uniqueness, which does not change with age. But first the computer needs to be able to pick your ear out of the crowd, which--while easy for a human--is quite difficult for a computer. A team of researchers at the University of Southampton has developed a way(pdf) for a computer to recognize an ear with 99.6 percent accuracy. That's right. It knows if an ear is an ear almost all the time. Of course, it has no idea whose ear it is. To "see" an ear, the algorithm uses a sophisticated image analysis approach, says Technology Review:

The researchers followed a burgeoning trend in image analysis in which the algorithm used to highlight a feature is based on some actual physical process. A classic example of this is the use of an algorithm in which every pixel is assumed to act on every other pixel with a gravitational or magnetic pull proportional to its intensity. Add up all those forces, and you get a vector field that uniquely represents the image.

Instead of using gravity or magnetism to represent the pixels' interaction, the team determined how light would react with each pixel in an image, giving each pixel a value based on how light would either reflect, be absorbed, or refract. The algorithm then picks out the pixels whose interaction with light represent a circular or tubular form likely to be an ear. Using a physical property, like how light interacts, makes this algorithm easier for operators to understand when they are looking at the readout of the algorithm. One question that remains: What if your hair is down? Related content: Science Not Fiction: The Fundamental Problems of Minority Report-style Biometrics

Science Not Fiction: District 9: Smart Guns That Read Your DNA

DISCOVER: Origin Of The Ear

DISCOVER: What Do Urban Sounds Do to Your Brain?