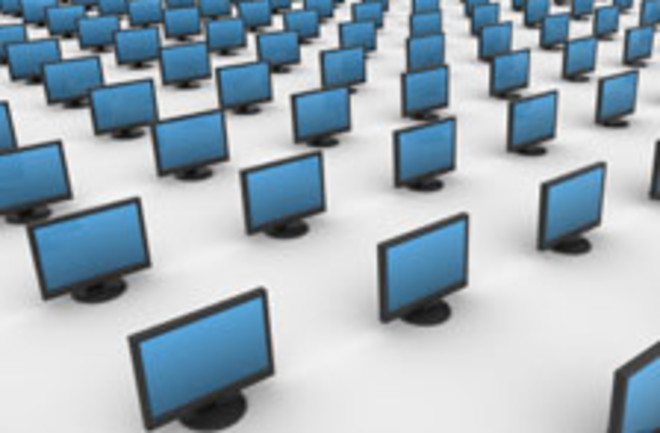 Online piracy has plagued the music and movie industry for years, with copyright infringement causing millions of dollars in loss each year. So when the U.S. Intellectual Property Enforcement Coordinator (the copyright czar) asked the entertainment industry to submit proposals to the government for ways to protect intellectual property, the industry came out all guns blazing. The Motion Picture Association of America (MPAA) and the Recording Industry Association of America (RIAA) came out with a set of proposals (pdf) that would combat piracy by invading the privacy of consumers and putting the federal government to work for the entertainment industry. For example, the trade groups suggest that spyware could be installed on home computers across the land. This special software would identify and block content that violates fair use, block certain keywords that might lead to sites with illegally obtained content, and monitor social networks for the promotion of infringing Web sites. The industry also wants border authorities to educate everyone entering the United States about piracy issues, suggesting that customs forms should be amended to require the disclosure of pirate or counterfeit items being brought into the United States. The Electronic Frontier Foundation reports:

Does that iPod in your hand luggage contain copies of songs extracted from friends’ CDs? Is your computer storing movies ripped from DVD (handy for conserving battery life on long trips)? Was that book you bought overseas “licensed” for use in the United States? These are the kinds of questions the industry would like you to answer on your customs form when you cross borders or return home from abroad.

In another proposal involving the federal government, the trade groups suggest that the U.S. Department of Justice and the Department of Homeland Security should form an inter-agency task force that would be poised to strike whenever a big blockbuster film is about to be released. The task force should "work with industry to coordinate and make advance plans to try to interdict these most damaging forms of copyright theft, and to react swiftly with enforcement actions where necessary," the industry suggests. Many experts described these proposals as "draconian," "totally insane," and a dystopian vision of an "intellectual property police state." Geekosystem writes:

The joint proposal from the MPAA and RIAA is, as one might suspect, the sort of thing that wouldn’t seem amiss coming out of the mouth of a black clad man with one cataract-filled eye, who sits in a swivel chair at one end of a glossy conference table and strokes a white Persian cat. Once he finishes speaking, his henchmen drag you away from your computer, screaming.

Of course, these are just proposals made by the industry and nowhere close to being actual law. But Geekosystem adds that the proposals are an informative look at what the MPAA and RIAA would like to get with, if they could. Related Content: 80beats: Italian Court Convicts Google Execs for Hosting Illegal Video Discoblog: Sweet Blogger O' Mine, You're Under Arrest DISCOVER: The Intellectual Property Fight That Could Kill MillionsImage: iStockphoto