MIT's Undersea Robots Can Plan Their Own Missions 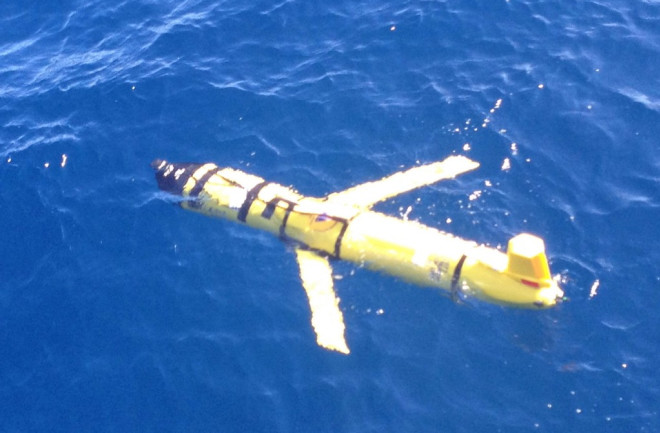 A Slocum glider, used by the MIT team, navigates underwater. (Courtesy of the researchers) Engineers at the Massachusetts Institute of Technology have a plan to make ocean exploration easier: Let undersea robots make their own decisions. Scientists use autonomous underwater vehicles (AUVs) to map the ocean floor, monitor the health of fisheries and study ocean habitats. However, writing computer codes that tell a robot how to accomplish each mission plan is incredibly time consuming at limits the capabilities of AUVs. But MIT’s Enterprise programming system gives AUVs “cognitive” capabilities, which allows them to figure out the best way to accomplish a mission without relying on an engineer’s list of commands.

With the new Enterprise system, humans can assign AUVs general goals, like, for example, exploring a series of locations in the ocean within a given time frame. Once it's given a general objective, the AUV automatically crafts a plan to accomplish its mission in the most efficient way possible. If an unexpected event prevents an AUV from completing its mission while trolling the ocean, it draws up new plans and even fixes hardware malfunctions without human support. MIT researchers tested the Enterprise system with an underwater glider in March during a research cruise off the coast of Australia. The robot adapted its mission plan on the fly and avoid collisions with other autonomous vehicles in the area, while still accomplishing its overall goal.

Researchers watch underwater footage taken by various AUVs exploring Australia's Scott Reef. (Courtesy of the researchers) Enterprise utilizes the same top-down command system from the “Star Trek” franchise, which MIT engineers modeled and named the system after. The first component of the system acts as the “captain” and oversees all facets of the mission. The second component functions as the “navigator,” planning out a route to meet mission goals. The third component works as the “engineer,” diagnosing and repairing problems. Throughout an entire mission, the “captain” continuously solicits feedback from these subordinates and uses the information to ensure it finishes the job. MIT researchers will present the Enterprise mission-planning system in June at the International Conference on Automated Planning and Scheduling in Israel.

Researchers believe their Enterprise system will create opportunities to explore previously inaccessible nooks and crannies of the ocean floor. If AUVs can make their own decisions, they don’t need to rely on cable tethers that keep them in constant contact with humans. The technology, researchers say, will also free up mental bandwidth for oceanographers and engineers so they can focus on the big picture, rather than the minutiae of every mission. The ocean remains the final unexplored frontier here on Earth, but mission-planning robots appear poised to lend a helping hand.