Microchips Implanted in Retinas Restore (Some) Eyesight to the Blind 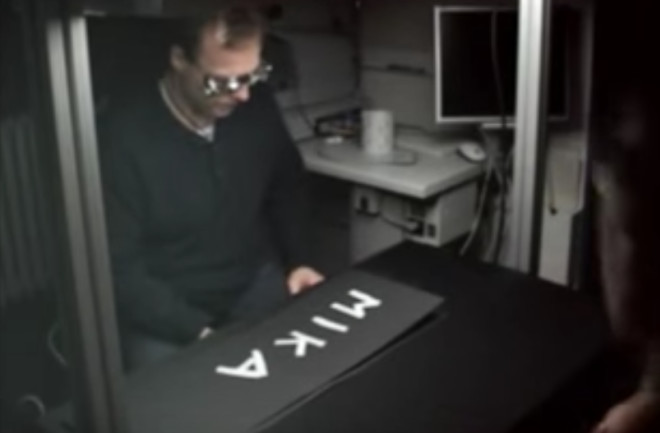 In an exciting pilot study, blind people equipped with microchips in their retinas were able to see again — at least dimly — and were able to make out shapes.

In people like Miikka with retinitis pigmentosa, the light-detecting cells of the retina break down with age. Eberhart Zrenner and a team of German scientists have designed a chip that does the same job as these defunct cells. Just a few millimetres across, it contains 1,500 light-detecting diodes that detect light and convert it into a current. The brighter the light that hits the chip, the stronger the current it puts out. The current is delivered directly to the bipolar cells, which would normally transmit the signals from the retina’s actual light detectors.

Find out more about how the technology works and get the full story on Miikka and his fellow experiment subjects at Not Exactly Rocket Science.

And check out the videos of Miikka trying out his new eyes below.

80beats: The Eyes Have It: Lab-Made Corneas Restore Vision

80beats: The Part of the Brain That Lets the Blind See Without Seeing