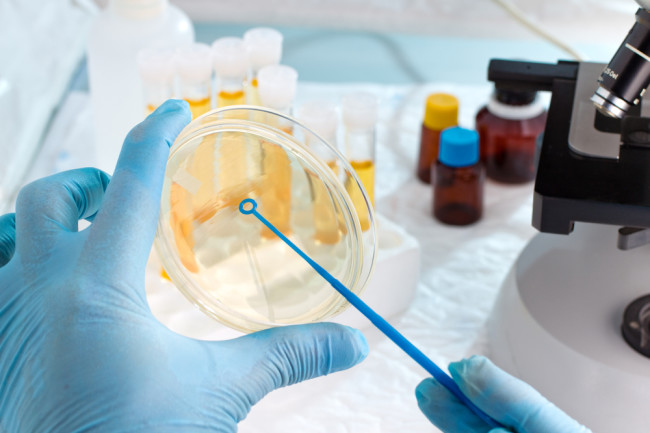 Forensic specialists may have a new tool to catch perpetrators of sexual assault – and it is courtesy of the microbiome. The microbiome, the community of bacteria and viruses that live on and inside the human body, has been a fruitful area of recent research. For instance, studies have linked our helpful army of microbes with our likelihood of obesity and our ability to metabolize certain sugars. The recent Human Microbiome Project categorized thousands of different strains of bacteria that live on us. And now, researchers believe, the microbes on pubic hair could help solve sexual crimes.

A Hair of Evidence

Forensic investigators glean DNA from hair all the time, but this method isn’t without its flaws. To get the best DNA evidence, investigators are looking for hairs that were actively growing and still have the root attached. Unfortunately, that doesn’t happen often. Most hairs on a crime scene are dead and shed naturally, which leaves the DNA in those hairs degraded and thus complicates investigations. But the story doesn’t have to end there for hair. A research team led by Silvana Tridico from Murdoch University in Australia decided to investigate if the microbes on a strand of hair could be personally identifiable.

Seven volunteers (three males and four females) trimmed their scalp and pubic hair at three different points in time and submitted samples for analysis. Researchers processed the samples to identify the microbes by their DNA. Scalp hair had roughly 50 microbial strains while male and female pubic hair harbored over 70 distinct microbe types. Each subject's microbial community was so personalized that researchers could identify individuals. The microbial communities on pubic hair generally remained individually distinct and consistent over the course of the study. But one instance was telling: a romantic couple's bacteria, on the final collection, looked much more similar than it had on the first two collections. The reason? They had had sex the day before. This surprising result indicated that humans swap external microbes during intercourse, suggesting that the microbiome could be useful in forensic analysis on sexual assault cases. Researchers published their findings Monday in the journal Investigative Genetics.

It’s unclear what role hair microbial signatures will play in the future of fighting crime. These findings were preliminary, and the sample size was incredibly small. Future investigations will need to seriously examine the efficacy of tracking microbial migrations during sex. However, it's a promising idea. Someday, in addition to DNA, microbes may help bring about justice.