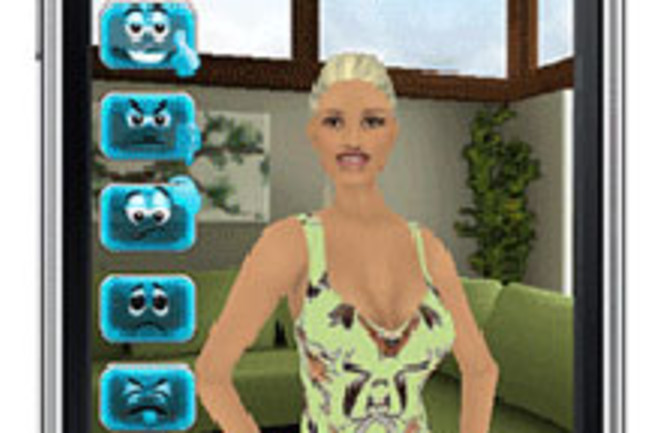 Those subscribing to the iPad version of Playboy really will be reading it for the articles: The magazine has announced that it will forgo the naked women photos to conform to Apple's stance against all apps deemed (pdf) obscene and pornographic. The Telegraphreports that a "tasteful headshot" will greet iPad readers in place of the full glory of a playmate of the month, for example. Covering up (or cropping out) the skin will keep Playboy from that ever-growing list of app rejects, which formerly included one from a Pulitzer Prize-winning cartoonist. Another app that escaped the banned list is My Virtual Girlfriend, which we found on the blog Neatorama. The game allows players to advance twenty "relationship levels" and apparently has a heart meter that you fill by engaging in activities like virtual hand-holding and virtual kissing. You can also thrill your virtual material girl by buying her shoes--she sounds like a real catch. Though the Virtual Girlfriend disclaimer warns that the company is not responsible for any resulting marriages, we fear for anyone to whom that applies. Related content: Discoblog: Want to Monitor the Earth’s Magnetic Field? There’s an App for That. Discoblog: Augmented Reality Phone App Can Identify Strangers on the Street Discoblog: Apple App Store Backs Off Rejection of Pulitzer-Winning Political Cartoonist Discoblog: Is Apple Taking Sexy Back? Raunchy Apps Vanish From the App Store