Live from CES: Power Without Wires? 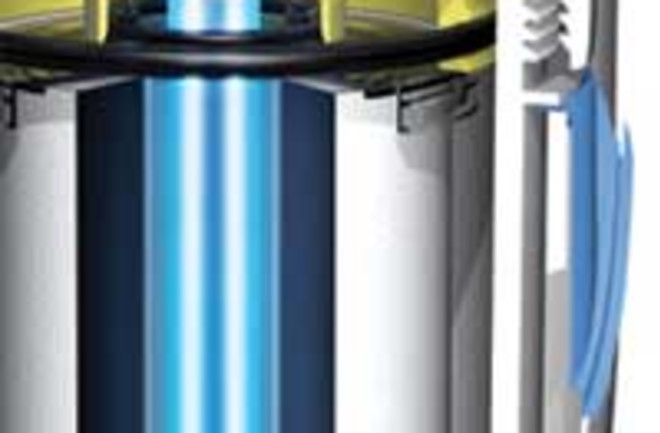 Wireless power: We’ve seen it in MIT’s media lab, some predicted it would take over the world and, finally we see it coming out in products. Well, at least one product. eCoupled (owned by Fulton Innovations), hopes to be at the front of this emerging market. They introduced their brand of wireless power in, of all things, a water purifier. Ten years ago the company was having problems with an ultraviolet light and carbon-block filter water purifier. They were getting unwanted hot water caused by the ultraviolet lamp and a unit that was too large, and corrosion of metal-to-metal electrical connections. So they looked towards a connector-free energy-transfer technology to connect the base of the unit and the top. They say they ended up reducing energy consumption and ambient heat by nesting a connector-less ultraviolet lamp inside a submersed carbon filter. This solution also apparently reduced the size of the system and got rid of exposed electrical connections. Now, the company is looking to take this solution and pursue a more difficult task—use it to make power hubs for devices that can charge without connectors. So far, they’ve come up with interesting but fairly unimpressive demos. One demonstration involves a laptop on of a desk that has a wireless charger, which is about the width and length of the laptop’s base and a quarter-inch thick, attached beneath. When the laptop is moved over the wireless hub, it begins charging. Basically, the charger reads the battery in the device it is about to charge, determining the power needed, the age of the battery, and charging life-cycles, and then appropriately couples the power circuit. The eCoupled devices so far provide up to 2 kilowatts of energy transfer at no more than several inches away. This isn’t the room-charging device that some have been speculating is just around the corner, but it is a step towards a wireless-energy world.