Lawyers in Space! The New Era of Spaceflight Needs Some New Rules 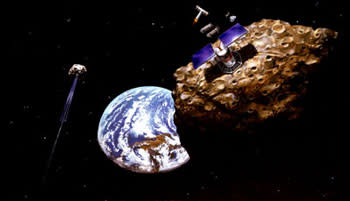 By Frans von der Dunk, as told to Veronique Greenwood.Frans von der Dunk is the Harvey and Susan Perlman Alumni and Othmer Professor of Space Law at the University of Nebraska College of Law. In addition, he is the director of a space law and policy consultancy, Black Holes, based in the Netherlands. Within weeks of the launch of Sputnik I in 1957, after the U.S. made no protest against the satellite flying over its territory, space effectively became recognized as a global commons, free for all. The UN Committee on the Peaceful Uses of Outer Space, charged with codifying existing law and developing it further to apply to space, was brought into being, with all major nations being involved. The fundamental rule of space law they adopted is that no single nation can exercise territorial sovereignty over any part of outer space. American astronauts planting the flag on the moon did not, and never could, thereby turn the moon into U.S. territory. Now that private companies are making forays into space, though---with SpaceX’s Dragon capsule mission last week

only the first of many, and plans to mine asteroids for private profit seeming more and more plausible

---we're facing a sudden need to update the applicable laws. How will we deal with property ownership in space? Who is responsible for safety when private companies begin to ferry public employees, like NASA astronauts, to the International Space Station? Because outer space is a global commons---roughly comparable to the high seas---any limitations to the basic freedom to operate can only be imposed by international law. The baseline is the 1967 Outer Space Treaty, which has been ratified by all spacefaring nations, including the U.S., Russia, and China. It made nations responsible for activities in outer space, including those conducted by private operators. For instance, states are liable for damage caused by space objects originating from their nation, regardless of whether those were owned or operated by the country or private operators. Space-faring states thus must draft national laws to monitor and control such private activities, including, for example, shifting liability for private companies’ actions to the companies themselves. The US has done so with the 1984 Commercial Space Launch Act, which has been amended a few times since, most notably in 2004 to address sub-orbital flights like those soon expected to be offered by Virgin Galactic. Other changes were necessitated by the few orbital “space tourists” who have already made their way to the International Space Station

; nations who host such visitors on the ISS are now liable for any damage they cause. You might be surprised to learn that modern space law already covers a number of situations related to private companies and other earthly matters in space. Shuttling supplies up to the Space Station, as Dragon did last week, is new, but private companies have been launching satellites and building components for states to use in spaceflight for decades. There are international intellectual property laws that govern the photographs taken from satellites and inventions made on board the ISS. There are rules about what to do when a telecom company wants to put up its satellites as security for a loan and the bank in question balks at the idea of having to fetch them down from orbit. In fact, there is even a rudimentary system of criminal jurisdiction laying out how a perceived crime on board the ISS would have to be handled. But there are a few key legal points that still need to be addressed, especially in light of the possibility that asteroid mining may soon become a reality, and the possibility that private spaceflight companies might soon be transporting astronauts to the ISS. The international community made some gestures toward defining a policy regarding mining after the moon landings. But the 1979 Moon Agreement, intended to serve that purpose, ultimately met with little success. The only rules that currently apply are very general ones, designating space as for the use and exploration by all mankind. “Use” is increasingly taken to include commercial exploitation, but no specific rules yet exist. (Interestingly, this indecision means that the legal protection of Neil Armstrong's footsteps against private companies is up in the air. The U.S. can of course draft national laws applicable to its citizens, including American companies, but if someone outside the U.S. lands a rover on the Moon, to explore, or mine, or for any other reason, American laws would not apply. To protect the footprints would require international law.) Here’s an interesting idea to consider: when does the ore in an asteroid belong to the miner? On the high seas, fish belong to no one until the moment they are hauled up into a net, when they become private property. But similar rules have not yet been established in space. In terms of private manned spaceflight in particular, one major issue is that of informed consent. Basically, when private citizens want to sign up for a trip into space via a company like Virgin Galactic, they must be informed of the potential dangers of the flight, which amounts to a waiver saying that whatever happens, they will not sue the company. But much of what customers might need to understand about safety in spaceflight is probably propriety information---how a company-specific pressure suit works, for instance---and perhaps could even be used for military purposes, which means that it would be regulated under U.S. rules that prohibit the release of such information to anyone who is not a U.S. citizen. What happens if a Chinese billionaire has to be informed about the specifics of the craft in order to underwrite his declaration of informed consent? He might well be denied a ride. Whether private or public, all space activities will be increasingly endangered by space debris, as even minuscule particle can cause catastrophic damage. While dealing with space debris is primarily a technical issue at this point (plans to, for example, send out a giant vacuum cleaner into one orbit particularly threatened have already been developed

), more legal work needs to be done to fit these clean-up practices into the existing framework. Odd as it may sound, every piece of space junk does actually still belong to the nation or company that launched it, and they are liable for any damage the junk inflicts on other orbiting objects. To let other entities clean up the junk might require laws analogous to those of the high seas: derelict spacecraft might need to be legally labeled "abandoned," which allows anyone so interested to salvage that piece of debris without violating ownership rights. Some of these ideas are closer to becoming reality than others. But once they are here, the law will have to adapt. The field is changing quickly now, with spaceflight in danger of getting ahead of the legal framework we’ve set out to govern it.